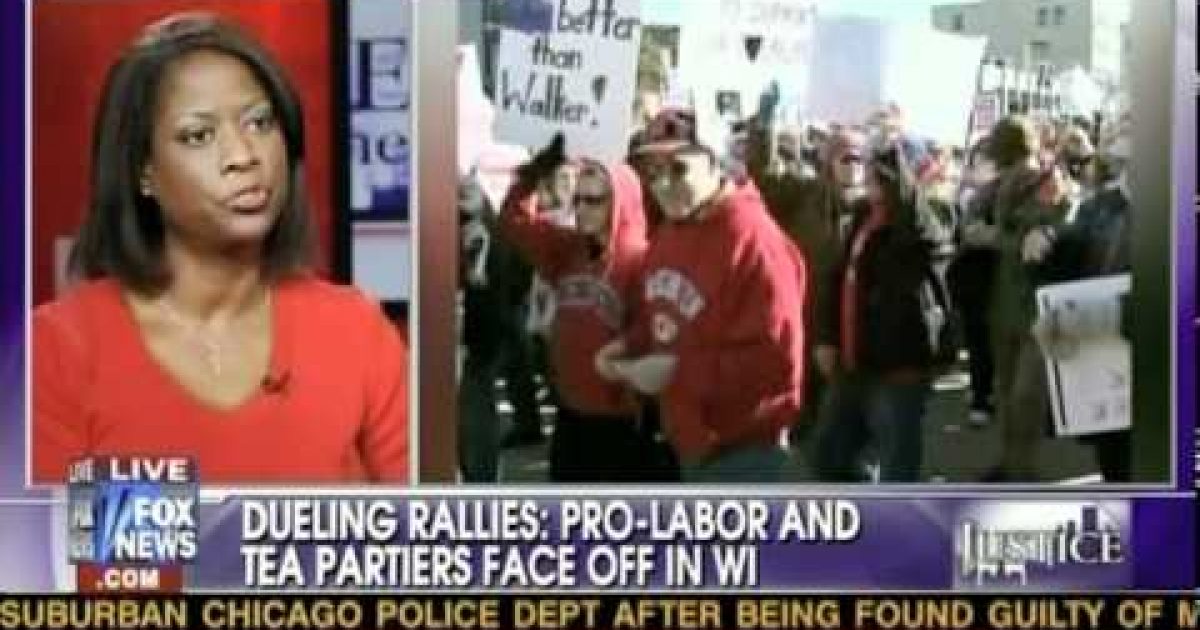 Project 21 fellow Deneen Borelli calls the Madison protests against moderate collective bargaining reforms for some Wisconsin public employees is an “assault on the taxpayers of Wisconsin.” Deneen notes the state is in a fiscal crisis, and that this sort of reform could further serve as an example for other states in similar dire straits to follow.

This segment, in which Matt Batzel of American Majority and Mike Langyel of the Wisconsin Teachers Union joined Deneen and Judge Pirro, was part of the 2/19/11 edition of “Justice with Judge Jeanine Pirro” on the Fox News Channel.