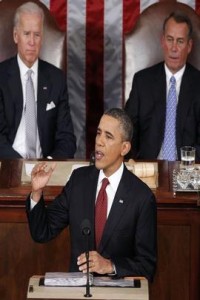 The consequences of President Barack Obama’s health care mandate and its infringement on religious liberty is affecting his popularity among Catholics.

Neil Munro of The Daily Caller points out that during several campaign fundraiser stops, Obama is promoting his past relationships with Catholic churches.

Obama’s comments came to light after forty-three Catholic groups across the country filed lawsuits opposing the administration’s health care mandate which forces Catholic institutions to pay for birth control for its employees.