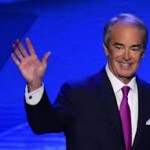 Duke Energy CEO Jim Rogers, one of President Obama’s key crony capitalist allies, is being forced to leave the company by state regulators.

For years, my husband Tom and I have challenged Rogers at his annual shareholder meetings over his support of Obama’s cap-and-trade plan and his decision to loan company assets to the DNC for the 2012 convention in Charlotte, NC.