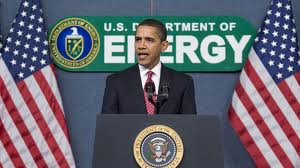 Class warfare was a key campaign strategy employed by President Obama during his successful re-election.

Positioning himself as the hero of the middle class, Obama often repeated that his goal was to ensure that everyone in America would have a “level playing field” and have a “fair shot.”

Unfortunately, too many voters believed Obama’s misleading rhetoric. Ironically, Obama’s regulatory policies, especially his war on fossil fuels, are going to harm those he promised to help.