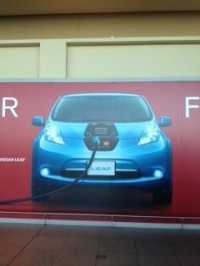 According to CNSNews.com, Obama is backing off his goal of having 1 million electric cars on the road by 2015:

“The public’s lack of appetite for battery-powered cars persuaded the Obama administration last week to back away from its aggressive goal to put 1 million electric cars on U.S. roads by 2015.”

“Despite the promise of “green” transportation – and despite billions of dollars in investment, most recently by Nissan Motor Co – EVs continue to be plagued by many of the problems that eventually scuttled electrics in the 1910s and more recently in the 1990s. Those include high cost, short driving range and lack of charging stations.”

The massive failure of his green car dreams is yet another example showing  Obama’s command and control policies are doomed.