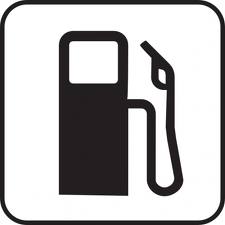 Rising energy prices provides conservative activists a great opportunity to explain to Americans not steeped in politics how President Obama’s war on fossil fuels is draining their budgets.

“Republicans complained that the high prices were evidence of positive things. Not only was it proof that the U.S. was not plundering Iraq’s oil but also that the higher prices reflected growing confidence about the economy.”

“The Republican pleas, though, were to no avail as news story after news story hammered the party and the president for the high prices. When prices climbed even higher in the wake of Hurricane Katrina’s knockout blow to Gulf Coast refineries, Democrats were poised for the political kill shot.”

“There were lots of reasons for the GOP wipeout of 2006. Troubles in Iraq were the biggest part, and Mark Foley’s indiscretions were the coup de grace, but gas prices were a huge factor. Oil. Iraq. Halliburton. Katrina.”

Obama’s failure to approve the Keystone XL pipeline is a great issue to initiate a conversation about energy policy. Unlike other issues debated in Washington, Obama has the authority to give the pipeline the green light without Congress.