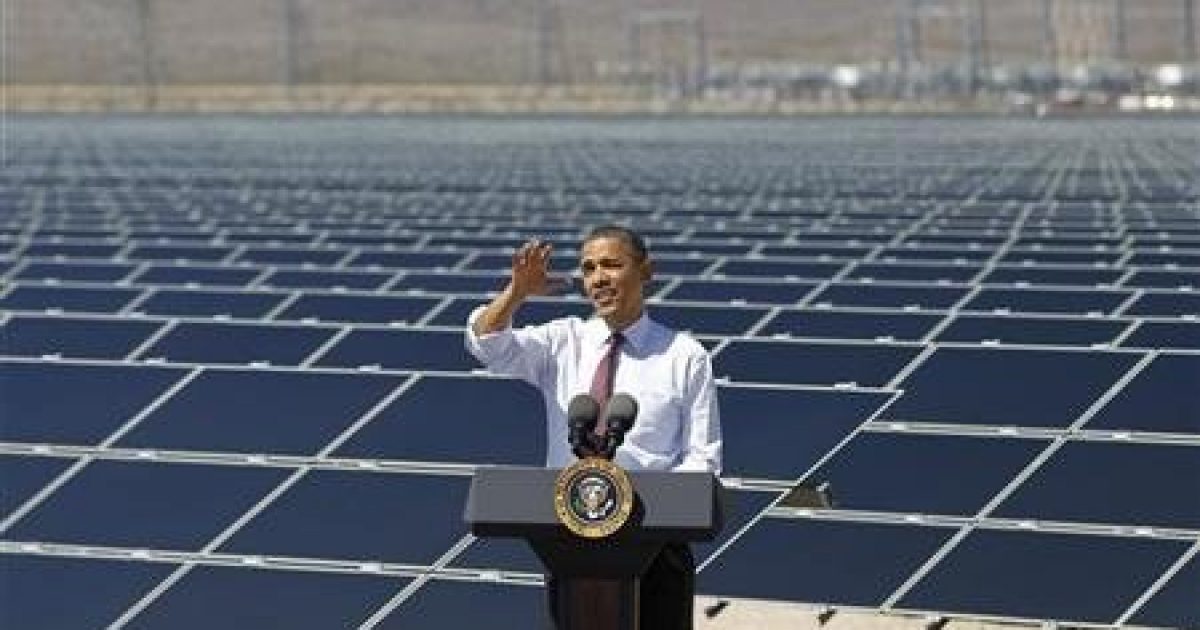 Obama continues to defy market forces by wanting to spend more tax payer money on green energy projects.  In the wake of the bankruptcies of solar energy company Solyndra and electric car battery maker A123 among others, Obama’s 2014 budget proposes spending on green energy technology.

Just last week Fisker Automotive, an electric car company, laid off about 75 percent of its workers.

“Obama’s budget plan for 2014, which begins October 1, would boost clean-tech spending by 40 percent over current levels, marking one of the largest increases in a blueprint that otherwise would cut spending in a wide range of other programs, from environmental protection to retirement benefits.”

With almost $17 trillion in debt, Obama is unfazed by spending on his green energy pipe dreams. In all likelihood, Obama’s budget will crash and burn like his previous budgets but it is extremely disturbing he continues push green energy on us without regard to economic and market place realities.