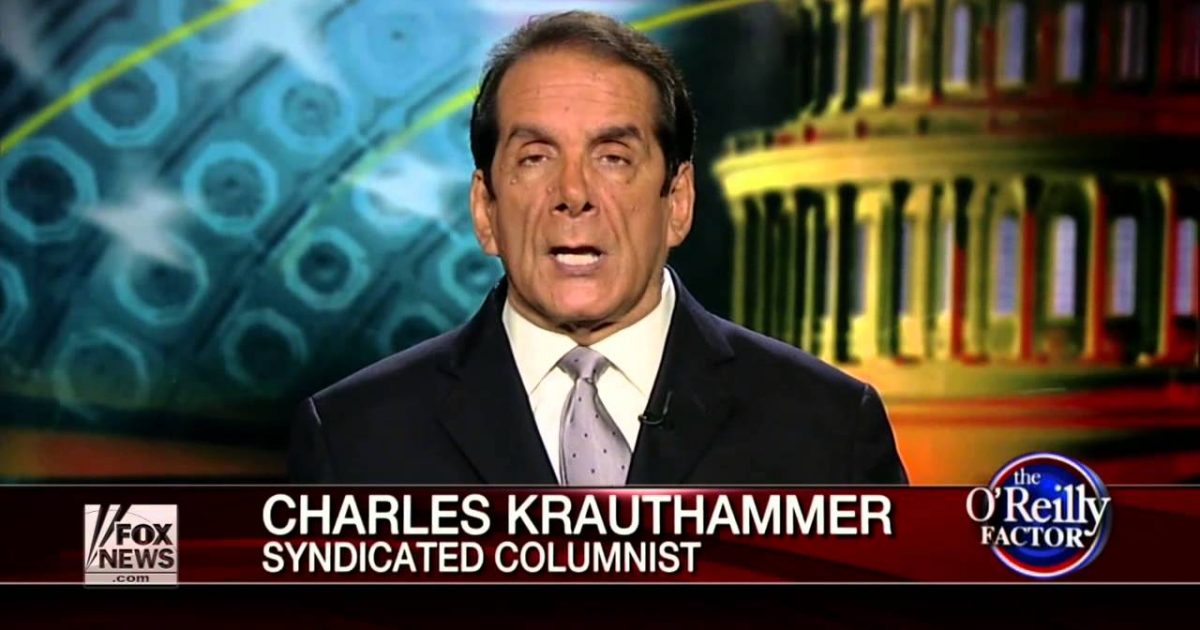 Krauthammer was absolutely masterful in explaining how Obama’s recent decisions to eliminate the employer mandate and to reduce verification requirements for those seeking government funded healthcare subsidies were going to explode the cost of ObamaCare.

During the Congressional debate the real cost of ObamaCare was artificially lowered because the CBO estimate was based on funds from employers and government subsidies would be limited to those who could not afford the cost of insurance.

Krauthammer suggested that Obama only used these provisions to force CBO estimates lower to deceive the public and Congress. Now that ObamaCare is the law of the land, Obama removed the cost containment aspects of the law.

“The Constitution says the executive has to faithfully execute the laws and here [Obama] is faithfully ignoring a law [he] doesn’t like…It is absolutely lawless. This is the latest example.”

It’s clear Obama is not constrained by the Constitution and he is doing whatever pleases his radical heart. I’m waiting for someone in Congress to stand up and aggressively challenge Obama’s abuse of power.