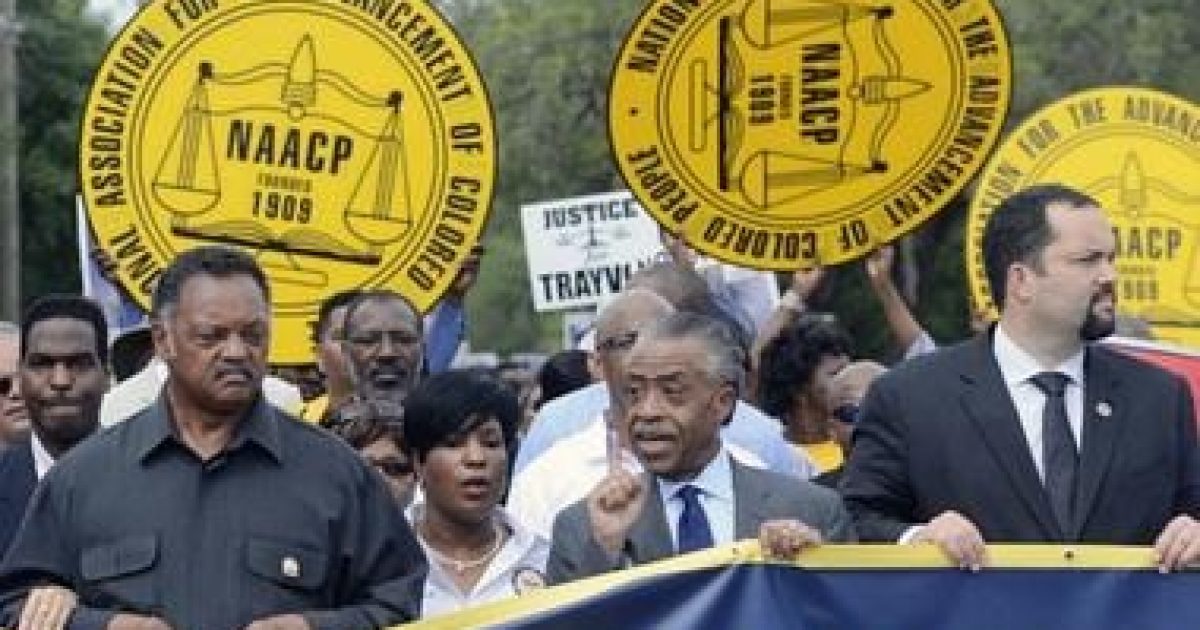 Unsurprisingly, the black liberal establishment jumped on the acquittal of George Zimmerman in the Trayvon Martin tragedy to pursue its own self-serving agenda.

I think that this is an atrocity. I think that it is probably one of the worst situations that I have seen. What this jury has done is establish a precedent that when you are young and fit a certain profile, you can be committing no crime, just bringing some Skittles and ice tea home to your brother and be killed and someone can claim self-defense, having been exposed with all kinds of lies, uh, all kinds of inconsistencies.

We are outraged and heartbroken over today’s verdict,” said Benjamin Todd Jealous, President and CEO of the NAACP. “We stand with Trayvon’s family and we are called to act. We will pursue civil rights charges with the Department of Justice, we will continue to fight for the removal of Stand Your Ground laws in every state, and we will not rest until racial profiling in all its forms is outlawed.

Sharpton and Jealous use tragedies such as Trayvon Martin’s to maintain relevance. They never waste a crisis and will use every opportunity to make headline news without regard to the consequences of their actions.

Sadly, too many black Americans trust and blindly follow these activists who effectively manipulate emotions to advance their liberal agenda.