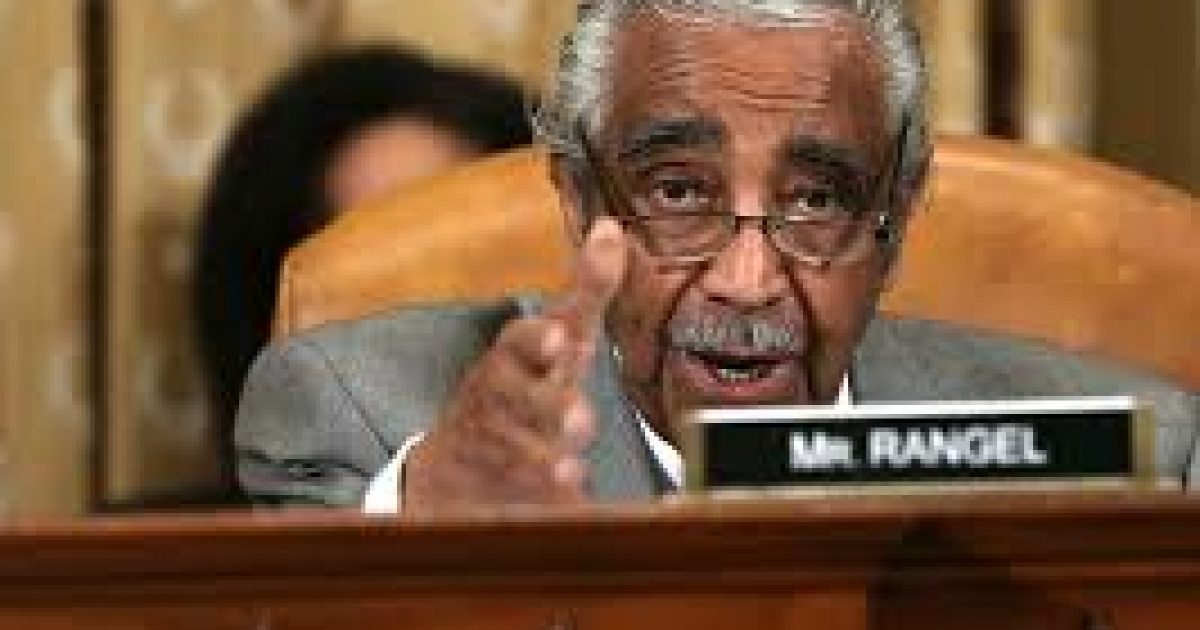 There is a time when old men should retire and judging by the outrageous comments Representative Charles Rangel just made about the Tea Party and House Republicans – it’s time for Charlie to go!

In an interview with The Daily Beast, Rangel claimed the Tea Party is the same as southern segregationists:

The Tea Party? Defeat them the same way segregation was beaten. “It is the same group we faced in the South with those white crackers and the dogs and the police. They didn’t care about how they looked. It was just fierce indifference to human life that caused America to say enough is enough. ‘I don’t want to see it and I am not a part of it.’ What the hell! If you have to bomb little kids and send dogs out against human beings, give me a break.”

House Republicans? Have done more damage to American competitiveness than al Qaeda ever could. “What is happening is sabotage. Terrorists couldn’t do a better job than the Republicans are doing.”

And I’ll be damned, besides same-sex marriage, I don’t hear the voice of the church. As a matter of fact, the pope is talking he can’t judge gays. Well, damn it to hell, ask for another message from God. Here we were born. I mean, why is there a silence on old folks and a silence on poverty and a silence on kids?”

Rangel is wrong. Segregationists were Democrats who believe in the power of the state to restrict rights while Tea Party activists are for individual liberty. House Republicans are not terrorists and the Pope is not silent on poverty. Rangel should know how much the Catholic Church has done helping the poor in New York City.

I wrote about Rangel in my book Blacklash and how he exploits his position to enrich himself while not serving the black community. Rangel was censured by Congress for ethics violations and within a year he was honored for his service by the House.