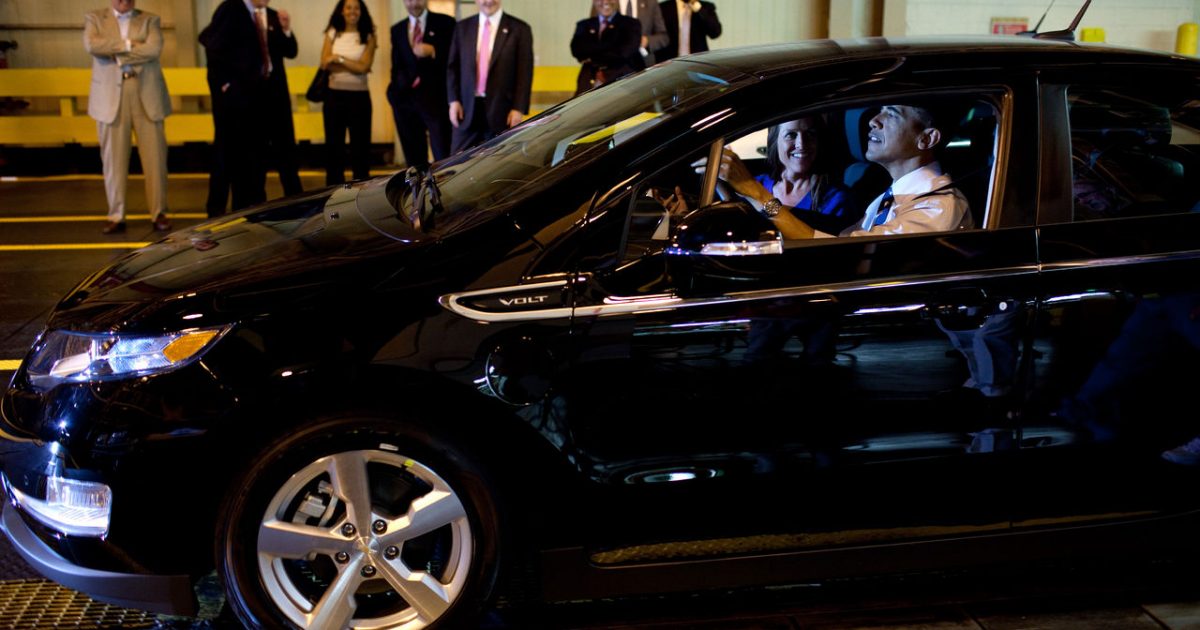 A few years ago, President Obama was very bullish on electric cars.

During the 2011 State of the Union, President Obama said,

With more research and incentives, we can break our dependence on oil with biofuels, and become the first country to have a million electric vehicles on the road by 2015.

Six months earlier, Obama made national news when he test drove a Chevy Volt at a General Motors plant. After driving the car for about 10 feet, Obama said it was a “pretty smooth” ride.

Fast forward to the summer of 2013 and it’s becoming clear that Obama’s judgment of electric cars and the Chevy Volt was drastically exaggerated. Despite a generous federal tax credit of $7,500 per electric vehicle, GM was forced to cut the price of the Volt by $5,000 because of lack luster sales.

Even with the built-in tax breaks for eligible buyers, electric vehicles have struggled to gain market share. No more than a few thousand Volts are sold each month in the U.S., a tiny fraction of overall auto sales.

The marketplace failure of the Chevy Volt is another example proving success depends on the consumer and not decrees from Washington D.C.