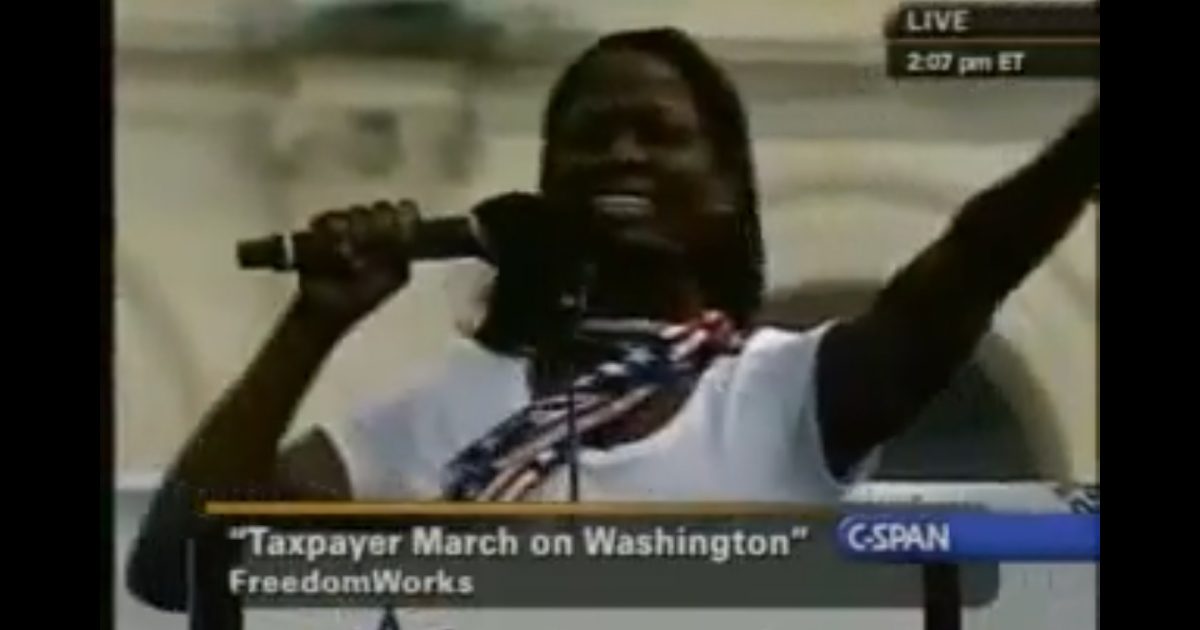 Four years ago this week, I spoke at the 9/12 tax payer rally in Washington D.C. that drew an estimated crowd of over 800,000 freedom loving Americans.

The rally, sponsored by FreedomWorks, put the Tea Party on the national stage and propelled my career as a public figure.

My speech rocked Capitol Hill and it led to my role as a Fox News contributor, my book Blacklash and my position as Outreach Director at FreedomWorks.

It was an amazing day! Before my speech that day the biggest group I had spoken to previously was 100 hundred people.

Since its inception, the Tea Party has played a huge role in public policy and it’s proven to be a true social movement that has shaken the foundations of the establishment in both political parties.

Initially, the political left tried to diminish the influence of the Tea Party by claiming the members were racists. That lie was propagated by progressive talking heads and the left-wing media such as MSNBC.

My experience with Tea Party activists has been overwhelmingly positive.

Watch the reception I received following my speech.

Because of the Tea Party’s influence, leading Democrats and the Obama administration desperately tried to stymie the political impact of the grassroots movement during the 2012 election.

Looking at the recently released emails from IRS bureaucrat Lois Lerner illustrates she was using her position for political reasons.

From the Wall Street Journal:

Emails unearthed by the House Ways and Means Committee between former Director of Exempt Organizations Lois Lerner and her staff raise doubts about IRS claims that the targeting wasn’t politically motivated and that low-level employees in Cincinnati masterminded the operation.

No wonder Lerner decided not to talk about her actions before the House Oversight and Government Reform Committee.

It’s clear the battle lines have been drawn between “we the people” pitted against the entrenched establishment bureaucracy.

Going forward, I’m planning on continuing my fight for liberty so that you, your children and grandchildren can experience America’s exceptionalism like I have.