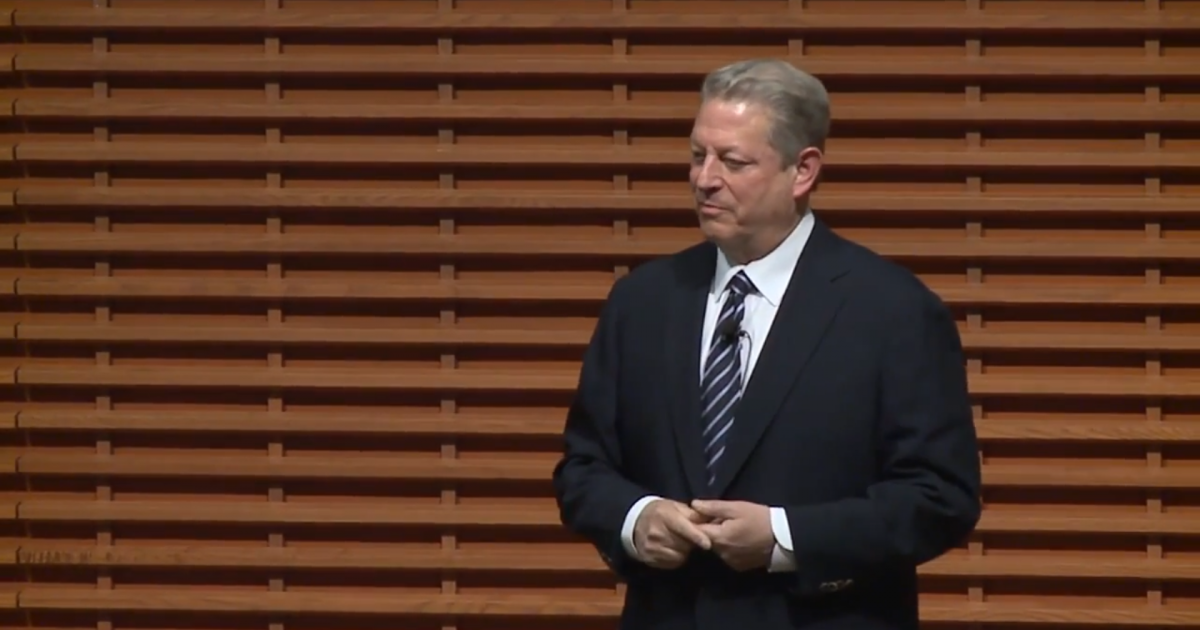 At the Social Good Summit, (sounds bad already) Al Gore (now I know it’s bad) jumped on his climate change high horse and attacked companies that don’t buy into his views on the causes of global warming.

Gore called on the meeting participants to challenge industry and individuals that don’t agree with him.

“It is simply not acceptable for major companies to mimic the unethical strategy of the tobacco companies in presenting blatantly false information in order to protect a business model,” Gore added, alleging that’s what some oil and coal companies are doing. “There needs to be a political price for denial.”

Gore wants “denial” of man-made global warming to be as culturally unacceptable as racism and bias against gays.

He urged attendees to challenge denial of climate change in conversations in families and communities and elsewhere. “We can win this conversation and winning a conversation can make all the difference,” Gore said. “Don’t let denial go unchallenged.”

Don’t be fooled by Gore’s social engineering dreams. The only green Gore has an interest in is the color of money. He has substantial investments in green energy technology and Gore needs government action to force the use of his products.