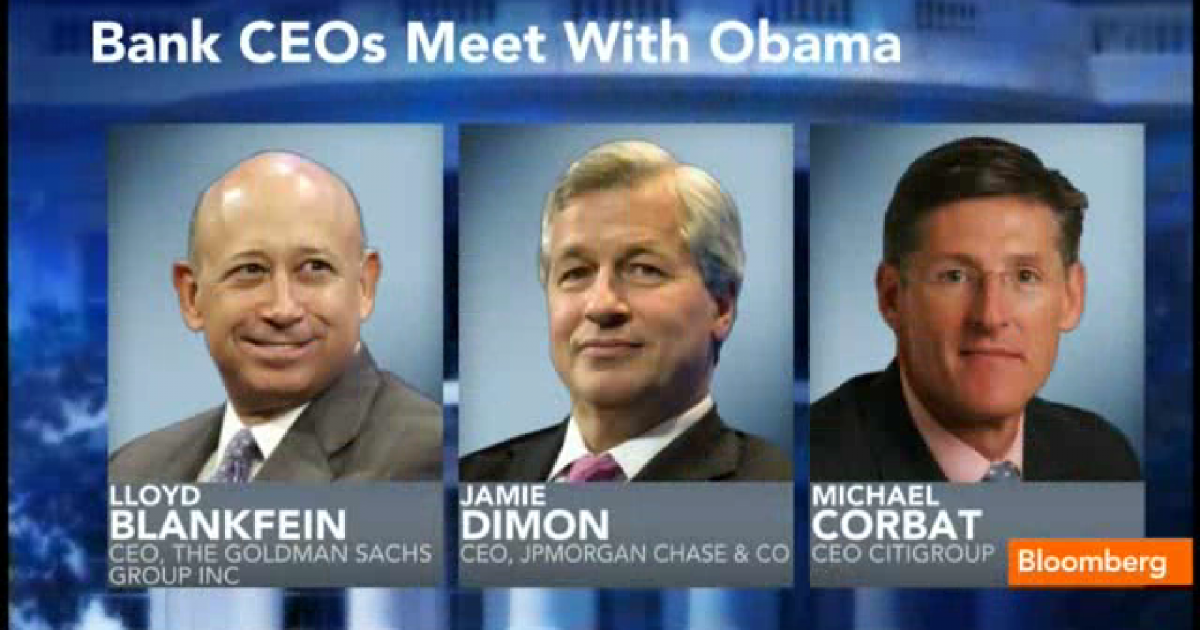 Today, President Obama and Vice President Biden are meeting with the Financial Services Forum – a banking trade group – to seek their help to fight Congressional Republicans over the government shutdown and the debt ceiling.

“The Financial Services Forum is a non-partisan financial and economic policy organization comprising the CEOs of 19 of the largest and most diversified financial services institutions doing business in the United States.”

In addition to the shutdown, Obama plans to ask the executives to push Congress to raise the nation’s debt ceiling, which the government expects to hit on Oct. 17.

Without an increase, the government could default on its bills.

The Financial Services Forum meeting “will address a broad array of economic issues, including the need for Congress to act to pay its bills and raise the debt ceiling and avoid disastrous impacts on our economy,” says the White House.

Obama is seeking the help of the banking lobby to pressure Republicans to cave in on the government shutdown and debt ceiling.

As a community activist, Obama knows the power of the banking lobby and he wants the industry to bail him out of the budget and debt mess.

Clearly, banking CEOs have a financial interest in avoiding prolonged fights over fiscal policy, but they also fear retaliation from banking regulators that reside in the executive branch.

For example, JPMorgan Chase & Co is under significant pressure from the government and its CEO Jamie Dimon recently met with Attorney General Eric Holder over a rumored $11 billon settlement over the bank’s mortgage securities business.

It is unusual for a CEO of a company to meet with the head of the U.S. Justice Department. But the bank is seeking to tamp down its legal problems as it fends off a spate of probes covering everything from possibly illegal nepotism in China to whether it hid losses from its disastrous “London whale” trades.

With a huge financial pendulum swinging over Dimon’s head, he would certainly be motivated to unleash the company’s lobbying army to help Obama reign in Congressional Republicans.

The alliance between big business and big government on public policy continues to be a risk to our liberty.