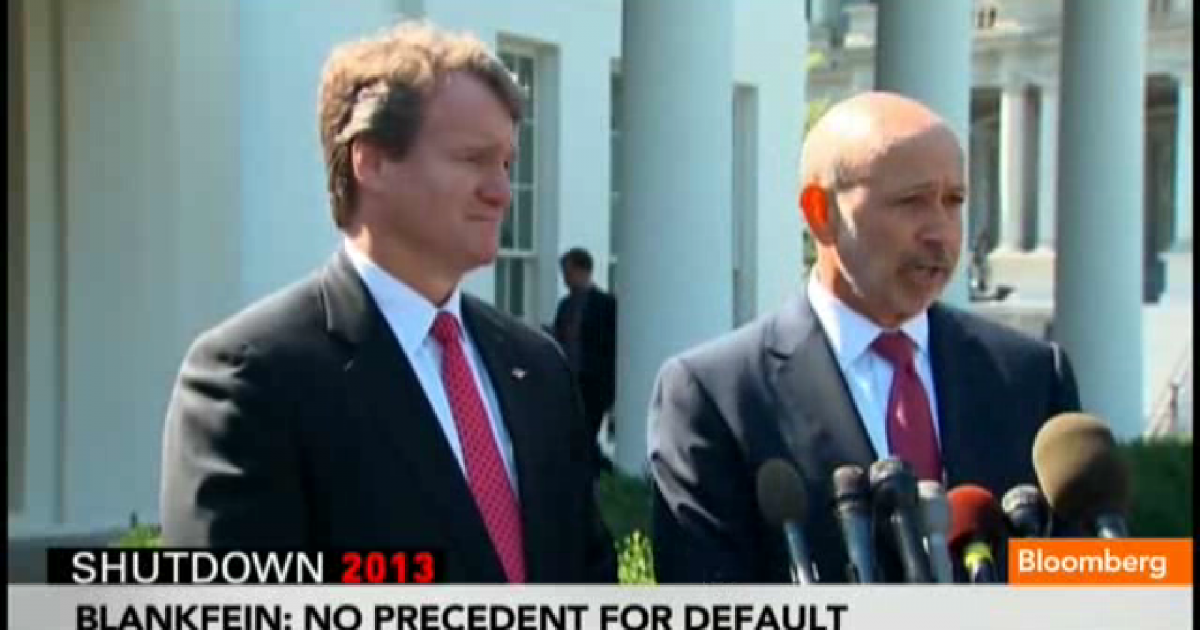 Now that was predictable!

Following a meeting with President Obama at the White House, bank CEOs sided with the president and warned the public about the adverse economic consequences if Congress failed to raise the debt ceiling and fully fund the government.

As my previous post discussed, the CEOs of our country’s largest financial firms are afraid of Obama.

After watching the high profile regulatory beating that JPMorgan Chase is getting the banking CEOs will dance to Obama’s tune in order to avoid similar treatment.

Goldman Sachs chief executive Lloyd Blankfein, while stressing that the business leaders who met with Obama represented diverse political views, implicitly criticized Republicans for using their opposition to the health-care law as a weapon that could lead to a U.S. default.

According to Blankfein, our Republican members of Congress should just cave to Obama just like the Goldman Sachs CEO has and remain obedient despite the president’s criticism.

In 2009, Obama assailed Wall Street for its, “arrogance and greed.”

President Obama, usually cool, was visibly angry in his weekly address, chastising corporate bankers for the second time this week for accepting taxpayer bailout money and then doling out $18 billion in bonuses.

“The American people will not excuse or tolerate such arrogance and greed,” Obama said in the video and radio message released today. “Even as they petitioned for taxpayer assistance, Wall Street firms shamefully paid out nearly $20 billion in bonuses for 2008.”

Republican Congressman should ignore the comments from these weak-kneed CEOs.

These so-called business leaders are puppets of the government and their lack of courage and conviction to stand up to intimidation is repulsive.