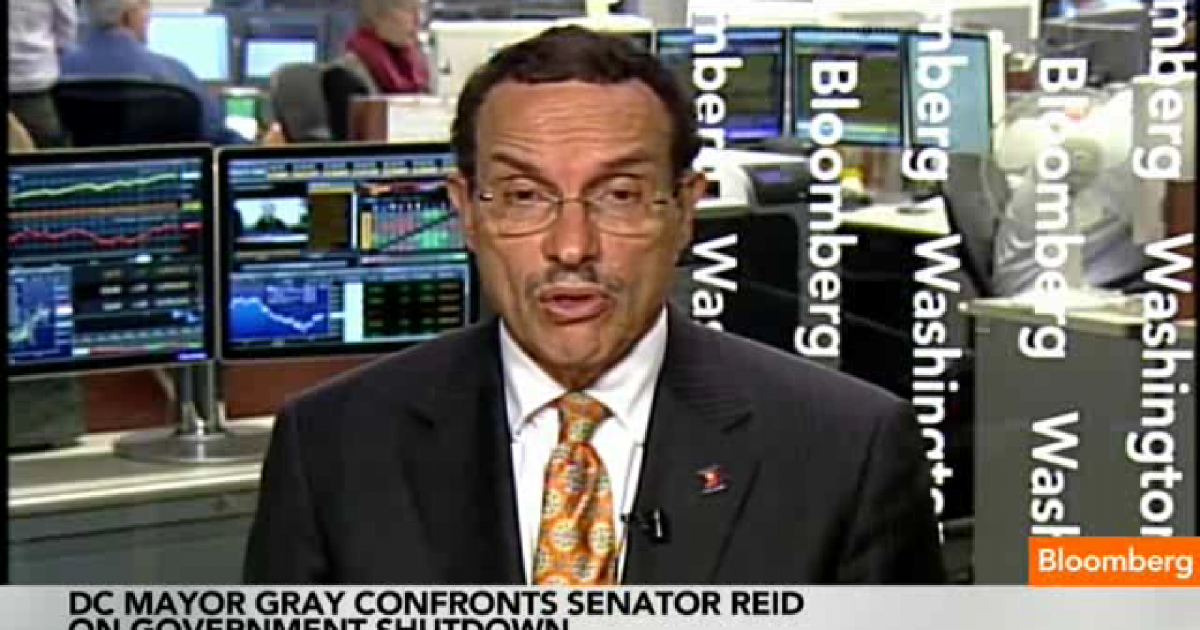 As the government shutdown continues, President Obama and his progressive allies including Senator Harry Reid (D-NV) are determined to inflict as much pain as possible to win the public opinion battle.

The latest casualty is Washington, D.C.

The district is feeling the financial impact from the tourism downturn and making matters worse, it can’t use local tax revenue to conduct government services. As a result, tensions are rising between the liberal district leaders and the White House and Congressional Democrats.

The tension came to a head on Wednesday, when D.C. Mayor Vincent Gray crashed a Senate Democrats’ press conference on Capitol Hill. Gray was attending a nearby rally when he marched over to the Senate Democrats’ event, in turn getting into a confrontation of sorts with Senate Democratic Leader Harry Reid.

Reid was caught on camera telling Gray: “I’m on your side. Don’t screw it up.”

Ironically, House Republicans voted to help the district but like other legislative efforts to fund parts of the government, it died at Reid’s hands.

Reid’s response to Mayor Gray is another example exposing the tyrannical nature of progressive politicians – they want all Americans including members of their own party to sit down and shut up.