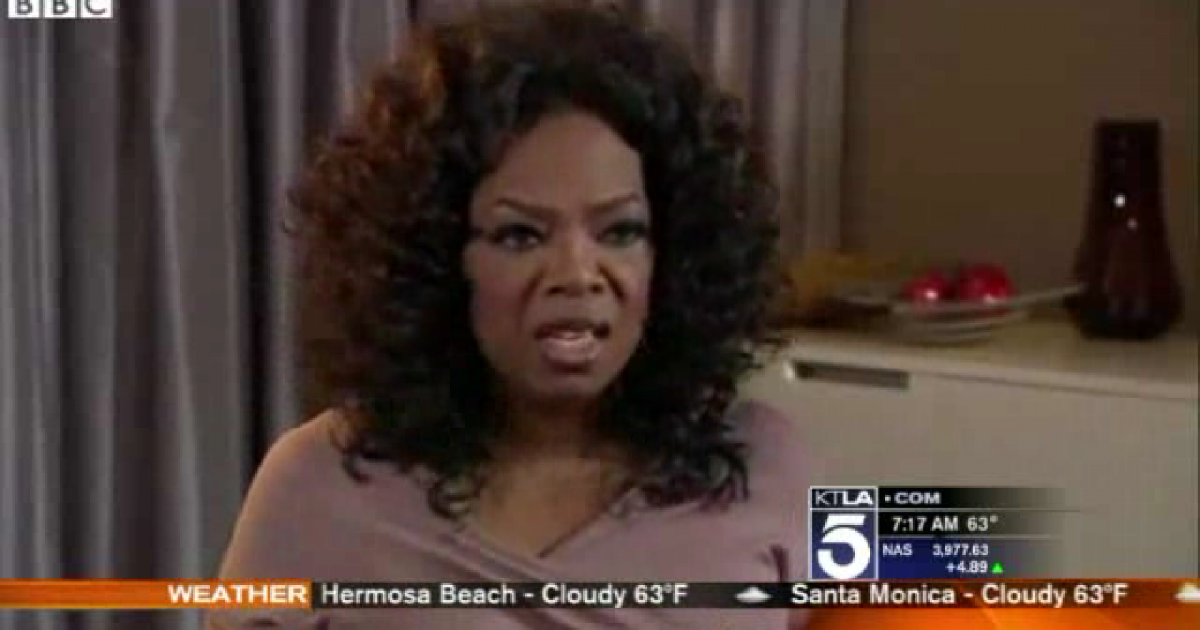 “I’m shocked, shocked to find that” Oprah Winfrey shamelessly dealt the race card while promoting her movie “The Butler” in the United Kingdom.

During an interview with the BBC, Oprah said President Obama is disrespected because he is black:

Yeah, I think that there is a level of disrespect for the office that occurs, and that occurs in some cases and maybe even many cases because he’s African-American. There’s no question about that and it’s the kind of thing nobody ever says but everybody’s thinking it.

As if that’s not bad enough, Oprah doubled down on her twisted view of Americans.

I say this, you know, I said this, you know, for apartheid South Africa, I said this for my own, you know, community in the south – there are still generations of people, older people, who were born and bred and marinated in it, in that prejudice and racism, and they just have to die.

Americans are opposed to President Obama because of his failed policies and not the color of his skin and for Oprah to say that people need to die because they won’t change their views is a complete distortion of reality.

Based on my experience as a black conservative activist, Oprah is way off base. I am a sought after speaker for events around the country and I’ve been warmly welcomed – and yes Oprah – even by older white Americans in the south.

Unfortunately, using race to promote her projects is nothing new for Oprah.

In an earlier post, I described how Oprah successfully exploited race to generate news about the movie when it launched in the U.S. over the summer.

I’m disgusted that Oprah is using her fame and access to the worldwide media to smear Americans.

Oprah took advantage of America’s exceptionalism to become a billionaire and now she rewards Americans who supported her rise to fame and fortune with a knife in the back.