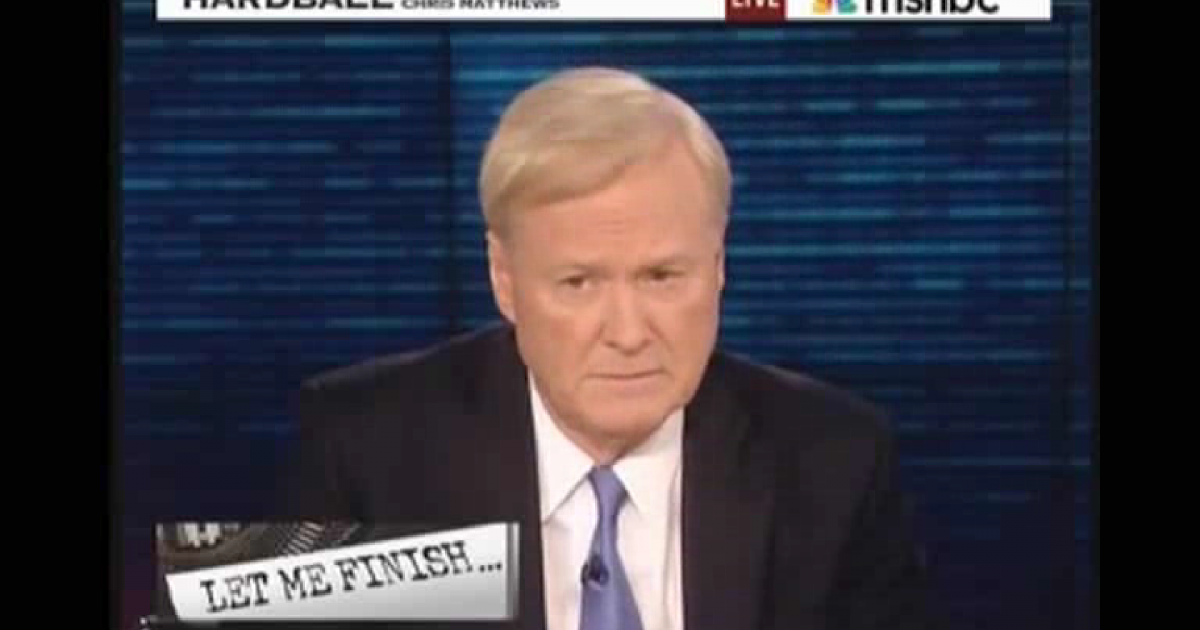 And they claim the political right is angry. MSNBC’s Chris Matthews’ race card filled attack against conservatives is one for the record book (watch video).

In his foaming rant, Matthews claims voter I.D. laws are like poll taxes with the goal to suppress black voters and he adds Obama’s political opposition are the enemy that gain from hate:

“Obama’s true enemies are those who back the three dozen states now pushing voter suppression laws to make damn sure the country doesn’t go and elect another black president, or a progressive white president. You know this generation’s equivalent of poll taxes and those discredited literacy tests anything to keep minorities from their voting rights. And to this crowd the Obama haters add to them those who gnaw on the president’s health care bill with the hunger of starving rats but offer nothing in its place except their crazed notions about bringing down the government and destroying the county’s economic stature even as they deny even a penny of credit to the president for the zooming American stock market right now. These are the enemies those who stand and benefit from all the anger and hatred and indecency of the nasty right…”

Matthews is once again proving MSNBC is not a news organization but a cable outlet for political operatives whose goal is to spread progressive propaganda.

The hate spewing from MSNBC has damaged the reputation and character of liberty loving Americans and contributes to a racial divide among Americans.

To fight against such irresponsible actions conservatives need to rally against Comcast – the corporate parent of NBC Universal that runs NBC News and MSNBC.

Conservatives using Comcast as their cable provider must seek alternative providers to send a financial message that they refuse to use their money to fund this company.