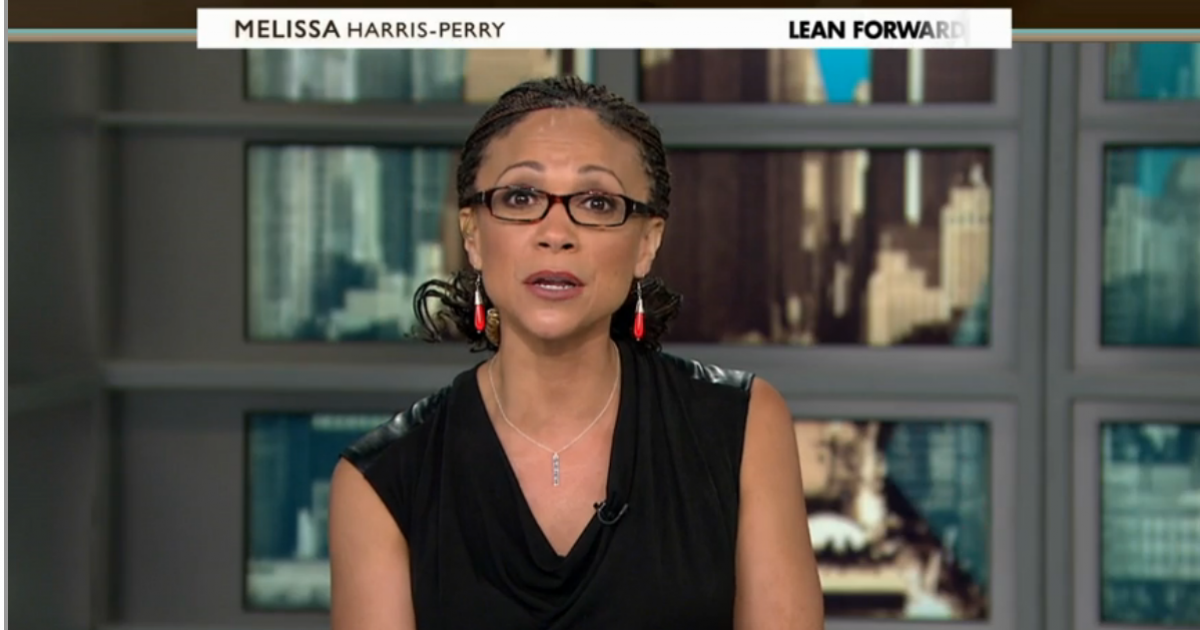 A segment on an MSNBC weekend program proves Republicans can never win in the eyes of left-wing blacks.

“And isn’t he the most gorgeous? My goal is that in 2040, the biggest thing of the year will be the wedding between Kieran Romney and North West,” Harris-Perry said, referring to Kanye West and Kim Kardashian’s baby daughter. “Can you imagine Mitt Romney and Kanye West as in-laws?”

“I think this picture is great,” Obeidallah added. “It really sums up the diversity of the Republican party, the RNC. At the convention, they find the one black person.”

In a cowardly act, following criticism, Perry apologized in a series of tweets!

Again from The Blaze:

“I am sorry. Without reservation or qualification. I apologize to the Romney family,” the cable host said in the first of a series of tweets Tuesday morning, which she hashtagged “#MHPapology.”

This episode exposes the mean spirited nature of Harris-Perry, her left-wing political views and the drive-by journalism at MSNBC.

Instead of celebrating an adoption of a black child, Harris-Perry and crew made a joke of the situation and turned it into an excuse to bash Republican diversity. Then after the fallout, she cowardly apologized on Twitter.

Unfortunately, Harris-Perry accomplished her goal: she slammed Romney on national cable TV and apologized on Twitter out of sight of many of her viewers.

Her lame Twitter response is not enough. Harris-Perry should apologize on her program and MSNBC should issue a press release apologizing to the Romney family.