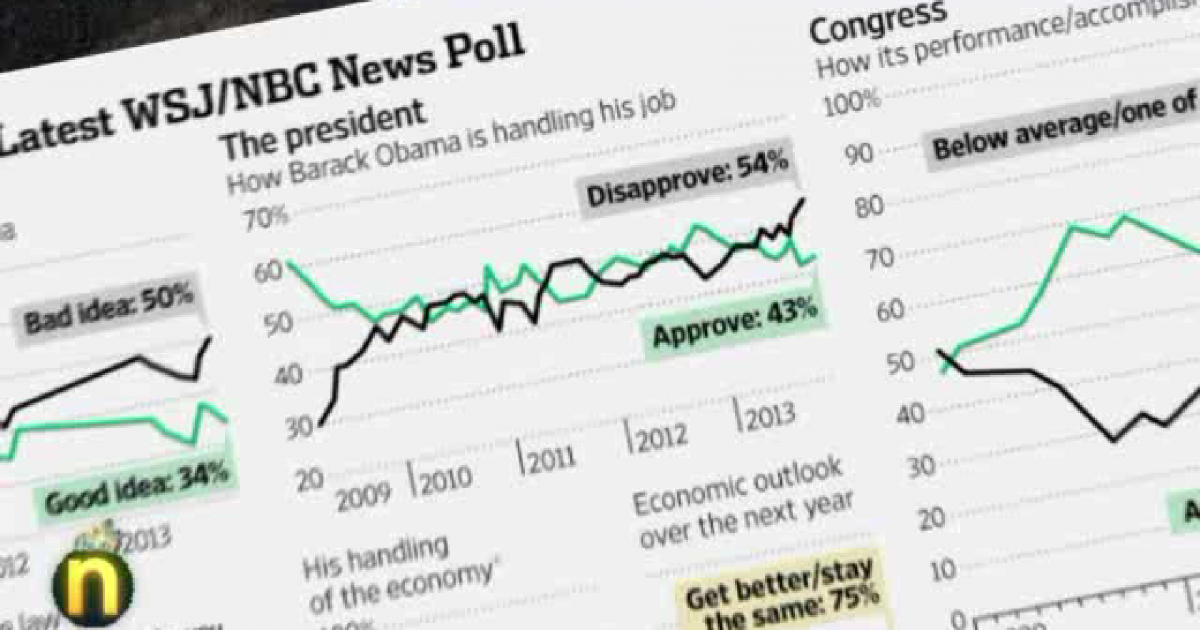 The latest daily tracking poll by Gallup found just 39 percent approve of his job performance while 54 percent disapprove. Obama’s approval has dropped significantly from a year ago (December 16-18) when 56 percent approved and only 38 disapproved of his work as president.

Importantly, Obama’s negative ratings are also affecting the image of Democrats and the party is trying to raise funds by warning its supporters of how bad ObamaCare is harming its prospects for the 2014 election. A generic congressional poll by CNN/ORC gave Republicans a 49-44 lead for the upcoming 2014 elections.

“The latest Republican assault on ObamaCare has proven to be dangerously effective. If we don’t respond to Republican smears with the facts right now, the damage to the Affordable Care Act AND our chances in 2014 could be irreversible,” wrote the group’s “rapid response” team.

Naturally, the bad news for Obama and the Democrats correlates with the continued woes of ObamaCare.

USA Today reported that for some Americans ObamaCare is unaffordable. These are citizens who make just over the income level cutoff for government subsidies.

More than half of the counties in 34 states using the federal health insurance exchange lack even a bronze plan that’s affordable — by the government’s own definition — for 40-year-old couples who make just a little too much for financial assistance, a USA TODAY analysis shows.

Many of these counties are in rural, less populous areas that already had limited choice and pricey plans, but many others are heavily populated, such as Bergen County, N.J., and Philadelphia and Milwaukee counties.

More than a third don’t offer an affordable plan in the four tiers of coverage known as bronze, silver, gold or platinum for people buying individual plans who are 50 or older and ineligible for subsidies.

The lies and deceptions of President Obama and his Democrat allies are becoming visible as the disastrous consequences of ObamaCare are disrupting the lives of hard working Americans. With the anti-Obama momentum building, 2014 could be a great year for liberty.