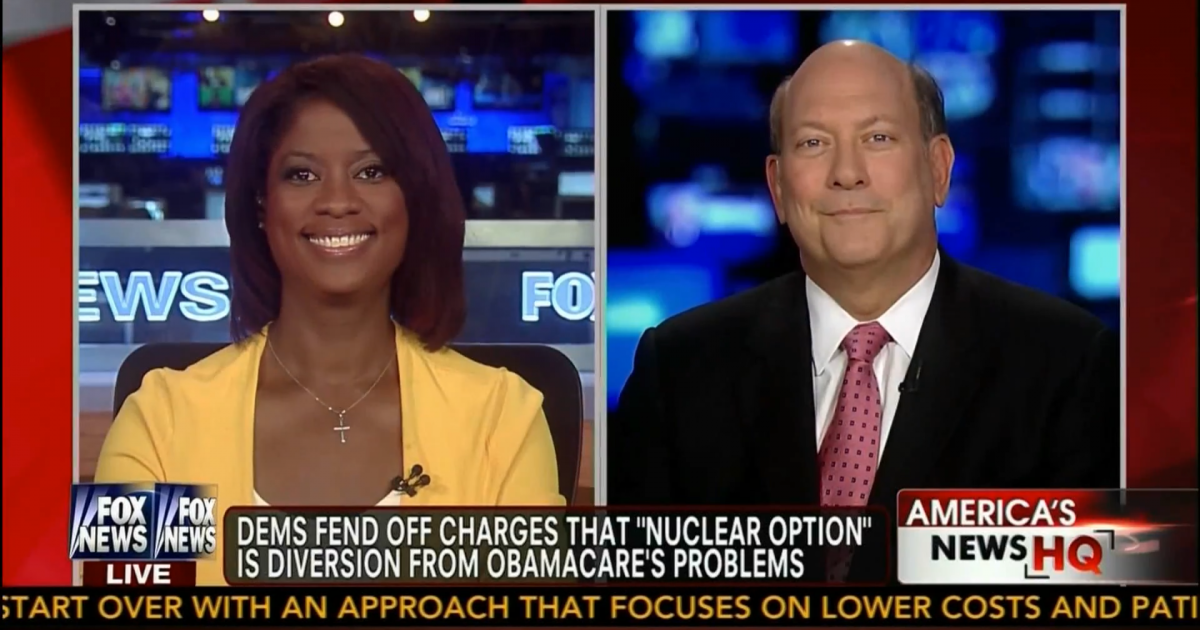 Senator Harry Reid (D-NV) recently changed Senate rules that have been in place over 200 years to advance President Obama’s radical agenda before the public can respond to the ObamaCare train wreck in the 2014 mid-term election.

Democrats invoked the “nuclear option,” whereby executive office appointments and federal judicial nominees need only 51 votes to end debate instead of 60 votes to move toward a final vote for confirmation. Since the Democrats have 55 Senators they can appoint anyone they want without a single Republican vote.

Fearing significant losses in the upcoming mid-term election, the Senate is now poised to ram as many of Obama’s radical appointees into high executive and judicial positions should Republicans take over the Senate next year.

This is another example of an abuse of power by Obama and Reid.

I debated this topic on Fox News’ America’s News HQ.