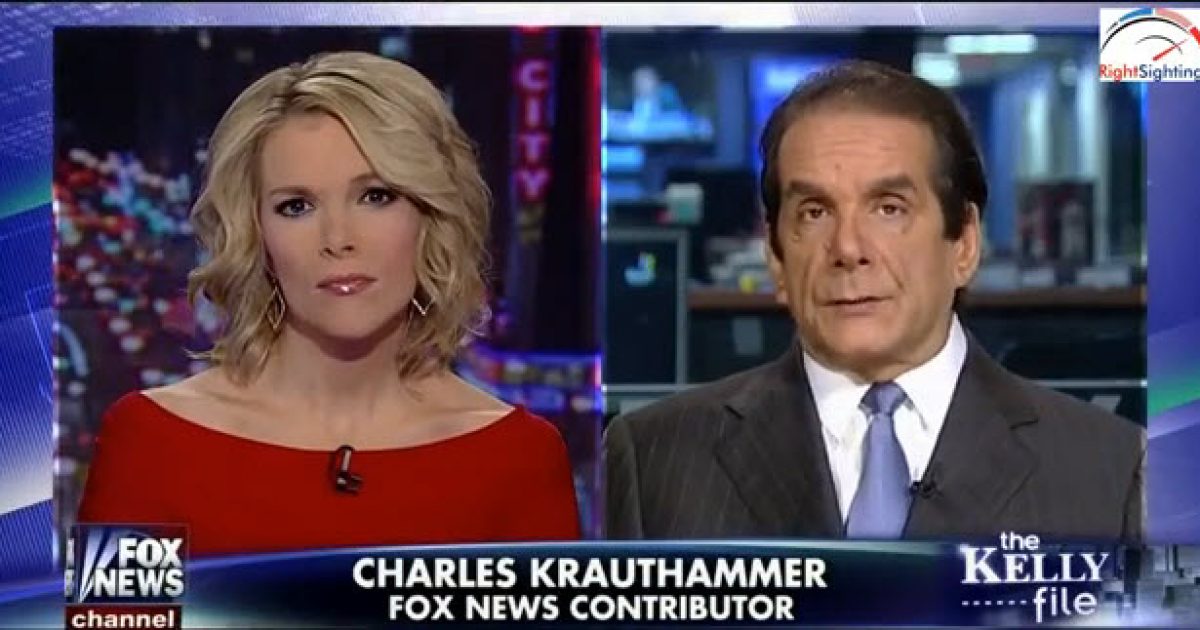 The bailout provision provides the Republicans with an amazing opportunity to kill ObamaCare as explained by Charles Krauthammer in his recent Washington Post commentary,”Stop the bailout — now.”

First, Section 1341, the “reinsurance” fund collected from insurers and self-insuring employers at a nifty $63 a head. (Who do you think the cost is passed on to?) This yields about $20 billion over three years to cover losses.

Then there is Section 1342, the “risk corridor” provision that mandates a major taxpayer payout covering up to 80 percent of insurance-company losses.

Never heard of these? That’s the beauty of passing a bill of such monstrous length. You can insert a chicken soup recipe and no one will notice.

Make it one line long: “Sections 1341 and 1342 of the Affordable Care Act are hereby repealed.”

Fox News host Megyn Kelly interviewed Krauthammer about his commentary on the January 3, 2014 edition of The Kelly File: watch video.

Krauthammer is absolutely correct. The best way to kill ObamaCare is to stop the insurance company bailout. The public will be outraged over another industry bailout and once the insurance industry figures out they are not backed by taxpayers, they will lead the charge with a repeal effort.

My group FreedomWorks had already initiated a Stop the ObamaCare Bailout petition.

If you want to stop ObamaCare sign the petition today!