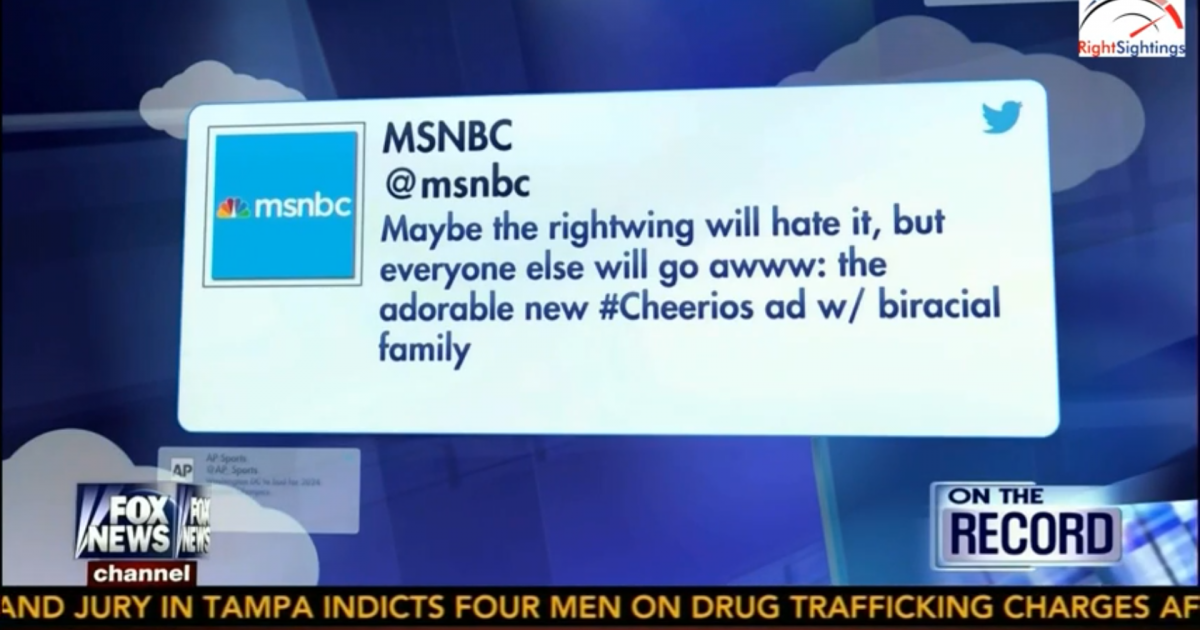 The deep seated belief that conservatives are racists is part of MSNBC’s propaganda machine.

From Melissa Harris-Perry’s attack on former presidential candidate Mitt Romney and his adopted black grandchild, to Al Sharpton playing the race card to cover for Obama’s failures, to the offensive Tweet about a Cheerios commercial and conservatives, the instances are endless and deliberate.

Watch Deneen discuss this topic with guest host Martha MacCallum on Fox News’ On The Record.