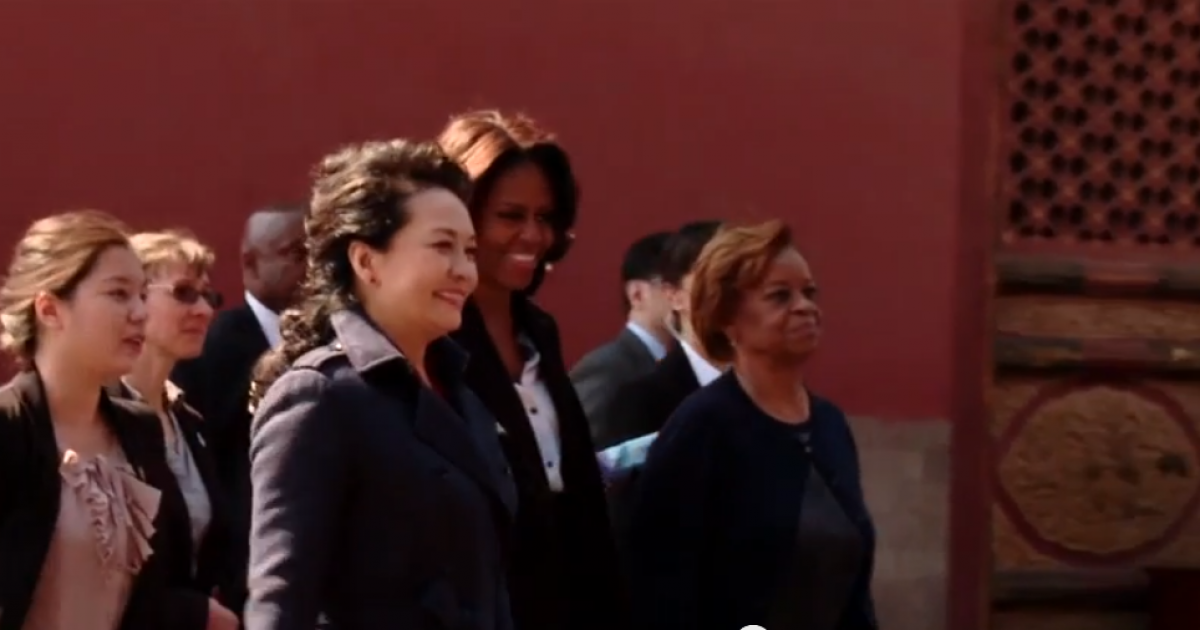 While President Obama enjoys a bachelor weekend and is presumably keeping track of his NCAA basketball brackets, Michelle, the children and his mother-in-law are living large in China and disrupting hotel operations at the plush Westin Beijing Chaoyang hotel.

Michelle Obama and three of her family members are staying in a $8,350-per-night Beijing presidential suite, but despite a 24-hour butler and other perks that come with the lodging, her entourage has inconvenienced ‘pretty much everyone’ and made the hotel staff ‘fed up,’ a well-placed hotel staffer has told MailOnline.

The sumptuous pad at the Westin Beijing Chaoyang hotel – its website calls the room ‘an oasis of comfort – is a 3,400-square-foot masterpiece including a private steam room, ‘corner sofas with silk pillows,’ and in-room dining for six.

But the Obamas’ stay has already affected staff and guests at the hotel, with the Westin front-desk veteran alleging that Mrs. Obama’s mother Marian Robinson has been ‘barking at the staff since she arrived.’

Recall the goal of this trip is to help improve relations between our countries but in reality the Chinese are getting a real dose of progressive elitism.

In my earlier post I shredded the pretense of Michelle’s trip and exposed her self-serving agenda.

The entire Obama family including the mother-in-law are taking advantage of their political position at the expense of hard working Americans.

And what will this trip cost???

Judicial Watch, a watchdog group in Washington, D.C., reports that it cost more than $11 million for President and Mrs. Obama to travel to Africa for Nelson Mandela’s memorial service in December.

The first couple were in Africa for less than 13 hours.

The White House has provided a propaganda video to show the importance of this trip: watch here.

While I’m sure the Chinese will not be impressed by the Obama’s elitism, they will admire the White House’s propaganda machine.