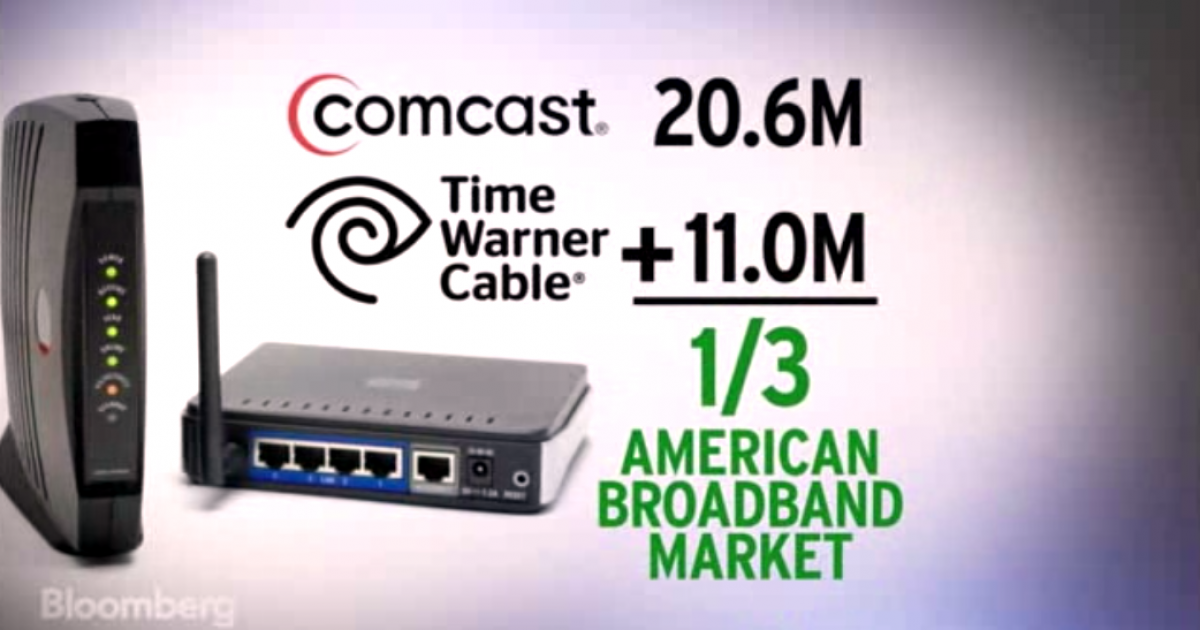 For once I agree with the The New York Times.

An editorial, “A Cable Merger Too Far,” opposes the $45 billion Comcast acquisition of Time Warner Cable, a consummation that would provide about 30 percent of U.S. homes with cable television service and about 40 percent with high-speed internet service.

From The New York Times:

There are good reasons the Justice Department and the Federal Communications Commission should block Comcast’s $45 billion acquisition of Time Warner Cable. The merger will concentrate too much market power in the hands of one company, creating a telecommunications colossus the likes of which the country has not seen since 1984 when the government forced the breakup of the original AT&T telephone monopoly.

Such a merger would grant this marriage unspeakable power and control over the cable industry, internet content and would likely put start-ups at a competitive disadvantage. Most concerning is the merger would make Comcast a media information gatekeeper including the power to deny conservative programming on their networks.

By buying Time Warner Cable, Comcast would become a gatekeeper over what consumers watch, read and listen to.

There are also worries that a bigger Comcast would have more power to refuse to carry channels that compete with programming owned by NBC Universal, which it owns.

It’s no secret that Comcast CEO Brian Roberts is pals with President Obama (see previous post) and he could curry favor with the president by blocking conservatives from 30 percent of U.S. households.

This concern is not merely theoretical, note Glenn Beck’s TheBlaze network is already being denied access to Comcast cable.

The last thing the U.S. needs is to concentrate more power to CEOs that are willing to play politics by picking TV content winners and losers.