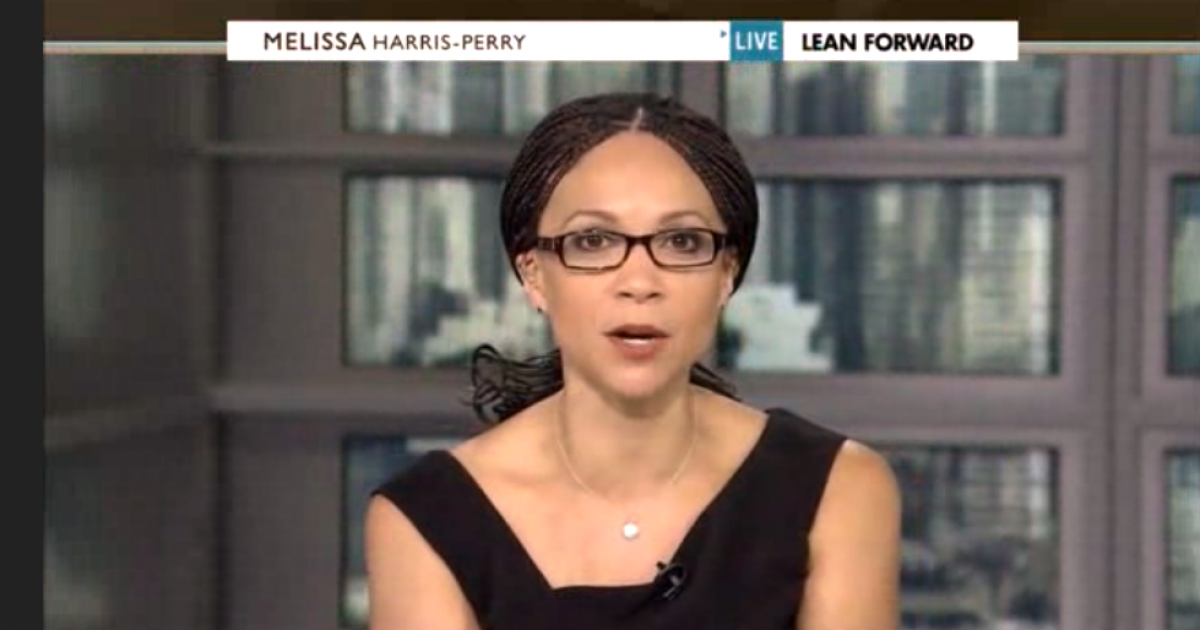 In yet another example of twisted race card commentary, MSNBC’s Melissa Harris-Perry noted similarities between the NBA and slavery.

Breitbart TV reported on Harris-Perry’s segment on the NBA.

She teased a segment on Los Angeles Clippers owner Donald Sterling and Dallas Mavericks owner Mark Cuban by saying “you can’t really talk about reparations and ignore the modern day wealthy Americans who own teams made up predominantly of black men and profit from their bodies and labor.”

Harris-Perry’s segment on the NBA involved an update on the latest move to transfer ownership of the Los Angeles Clippers and video clips of Mark Cuban’s comments regarding racial prejudice. Harris-Perry then issued a summary of the two stories: “Wealthy owners, check. Profit made from the sale of black bodies, check. Racial angst, check.”

Among numerous differences between forced labor and playing a sport, not surprisingly, Harris-Perry ignored the fact that many of the black men playing basketball become multimillionaires.

Trivializing the horrors of slavery to make a cheap racially charged television segment is clearly unacceptable and totally outrageous.