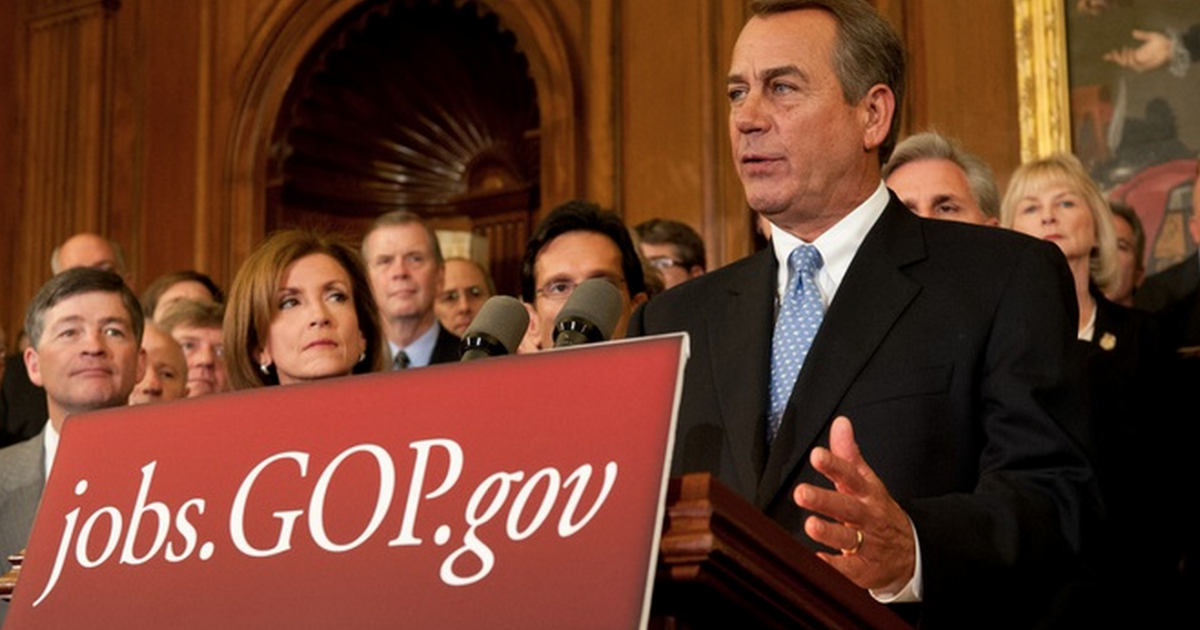 When it comes to cutting spending the Republican establishment is as bad as the Democrats.

The tax extender bill – a series of billion dollar tax breaks for big business that is moving through Congress – exposes the hypocrisy of House leadership. The bill gives tax breaks for Hollywood studios, NASCAR race tracks and a host of special interests among other giveaways.

An editorial in USA Today sheds light on the Republican double speak:

Fiscal hard-liners in Congress have insisted on offsetting the cost of virtually every proposal that would increase the deficit — a temporary extension of benefits for the long-term unemployed, for example, or an increase in Medicare payments to doctors.

But that discipline only goes so far. House Republicans have declared that when it comes to offsets, tax cuts don’t count — budget be damned. Last week, the Republican-led House Ways and Means Committee voted largely along party lines to make six temporary tax cuts permanent, at a cost of $310 billion in lost revenue over the next 10 years. Total offsets: $0 over the next 10 years.

The editorial accurately characterizes the bill as a “stinker” and describes the loss of credibility for members that support budget cuts but vote otherwise:

Making a useful tax cut permanent makes sense, but doing it without offsetting the cost — and pretending the cost doesn’t even matter — does not. Any House member who votes for this stinker will forfeit any credibility on deficits or the national debt. Because it’s vote after vote just like this one that have made the problem the lawmakers claim to care about impossible to fix.

The tax extender bill shows how the insiders – big business and Congress – fashion the system for their benefit and not ours.