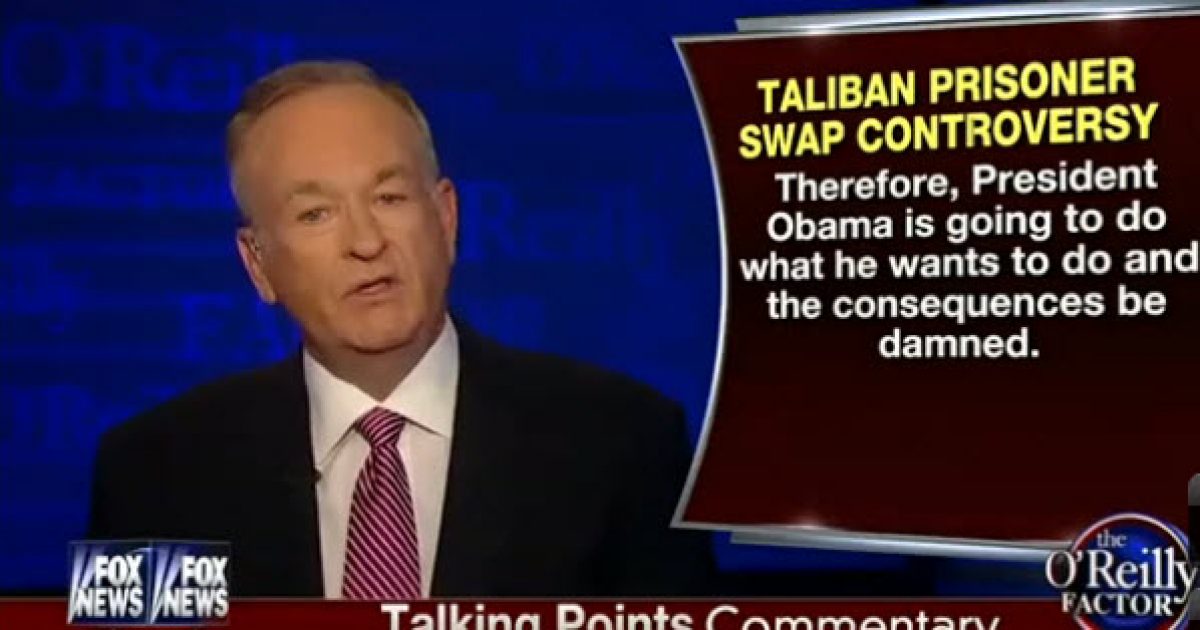 Fox News’ Bill O’Reilly just confirmed what I have thought about President Obama for a long time: the president is going to do whatever he wants without any regard to the Constitution, his fellow Democrats or American’s well-being.

During his talking points memo, O’Reilly said a source, “knows the inside story of the Obama White House,” said Obama knows his administration is over and that he is going to pursue his agenda regardless of what Americans think.

He knows the economy is not going to turn around. He no knows Obamacare is not going to be popular. And he understands that his job approval rating will likely remain below 50 percent. Therefore, according to this guy, the President has concluded that public opinion really doesn’t matter anymore. Thus, Mr. Obama is going to do what he wants to do and the consequences be damned. I believe that assessment is accurate.

O’Reilly focused his conclusion on the recent release of Sergeant Bowe Bergdahl from the Taliban in exchange for five terrorists as evidence of Obama’s future political agenda.

I agree with O’Reilly’s conclusion but I have always thought Obama was a left-wing radical and not swayed by public opinion.

Obama rammed his heath care plan down our throats, he refuses to allow construction of the Keystone XL pipeline and the president declared war on the coal industry from the start of his administration.

These are only a few examples showing Obama’s consistent disdain for Americans and our rights.

As his administration draws to a close in the next two years, I expect Obama to ramp up his radical agenda and dare Congress to stop him.

I fear the Republican establishment is not up to the task of stopping Obama and that’s why we need Tea Party backed candidates to stop him.