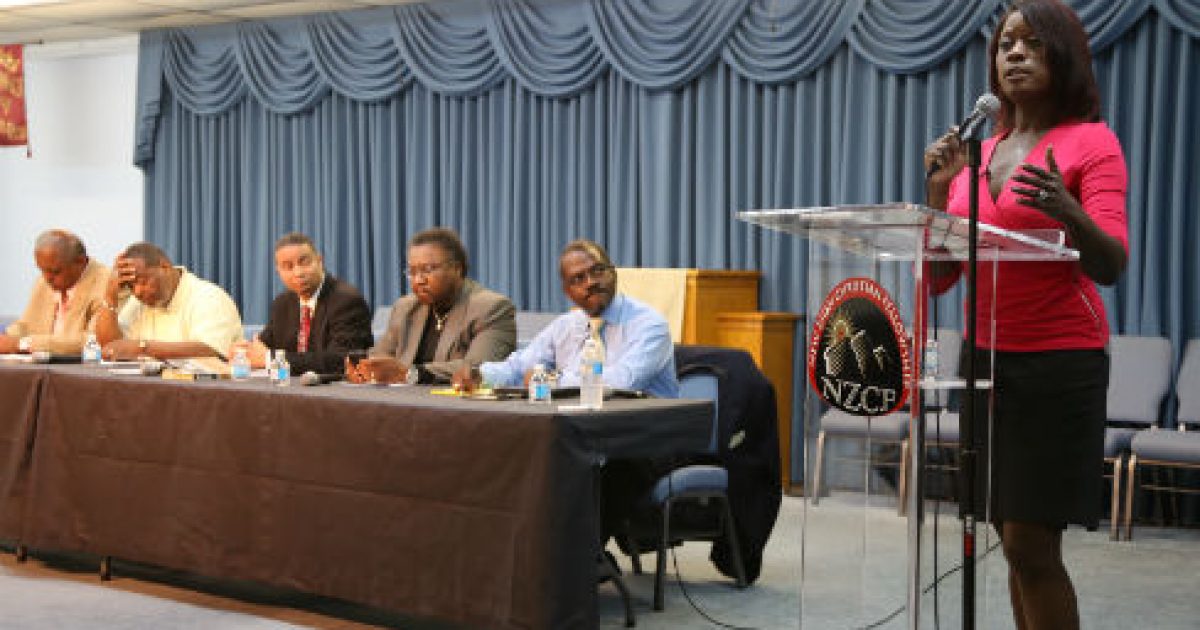 Despite the fact that the vast majority of black voters are Democrats and support President Obama, there’s a growing anti-establishment, anti-Democrat and anti-Obama trend that’s percolating in the black community.

Black urban communities, such as Chicago, are plagued with high unemployment, failing public schools, and crime. Since liberal policies have failed to help the black community, some blacks are questioning the political establishment and are seeking fresh alternatives to reverse the downward social and economic spiral.

On Father’s Day weekend, FreedomWorks and the community of The New Zion Covenant Church on the South Side of Chicago hosted the first Empower.org town hall for a candid discussion about the problems plaguing the community and new ways to empower the local citizens towards real progress.

The dialogue among the panelists was focused on solutions such as improving public schools through competition and challenging union strongholds; job creation and trade skill training; keeping government local versus federal government involvement; and a call for individuals to get involved starting with their school board or to consider running for office.

The general sentiment from the panelists and approximately 75 attendees was open, wide-ranging and clearly anti-establishment. Overall, the group felt that the political system has failed the black community.

Unexpectedly, there were a number of comments highly critical of former secretary of state Hillary Clinton and Chicago Mayor Rahm Emanuel and not a single comment was made supporting or defending President Obama.

Even when I criticized President Obama’s energy policy and his anti-school choice position no one challenged my statement.

Unsurprisingly, there was also distrust surrounding the term “conservative” and the policies derived from the University of Chicago.

The Chicago town hall event, in Obama’s hometown, exposed the fact that black voters are extremely anti-establishment which provides an amazing opportunity to reach this community with alternative policies to advance this group.

Now is the time to reach out to this community with alternative plans that empower the individual. Now is the time for real change – not based on hope but on proven and not fake promises.