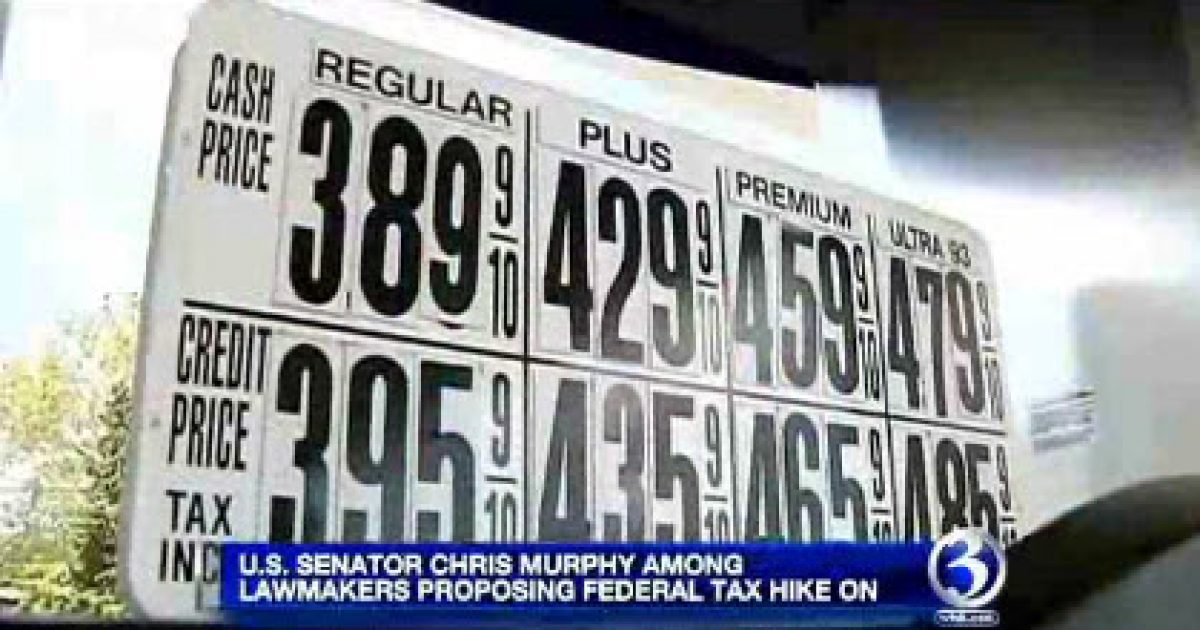 The Washington, DC establishment is up to their old tax raising tricks again.

While the media and the public are focused on the Middle East instability and numerous Obama administration scandals, the DC-insiders are churning away at a tax policy that transfers wealth from hard working Americans to the pockets of the well connected.

A story in The Tennessean described the gas tax bill:

The Tennessee senator, along with Sen. Chris Murphy, D-Conn., wants the 18.4-cents per-gallon federal gasoline tax and the 24.4-cents per-gallon federal diesel tax to each increase by 12 cents over the next two years — and then be indexed to inflation. If the gasoline tax had been increased based on inflation since the last hike in 1993, it would stand at 30 cents now, about where Corker wants to put it.

Corker and Murphy say the federal Highway Trust Fund needs the money if the country is to repair a rapidly deteriorating transportation system, especially its roads. They emphasize higher fuel levies should be coupled with reductions in other taxes affecting businesses and families, so that the bottom line reads “revenue neutral.”

Of course, the tax raising measure has support from big business including the U.S. Chamber of Commerce and labor unions are also on board with the tax. These special interest groups want to cash in on infrastructure spending from the Highway Trust Fund.

Outrageously, the Corker-Murphy bill attempts to balance the tax increase by cutting taxes for big business!

That’s right, to offset the tax increase the Senators want to include some of the tax breaks for businesses that expired at the end of last year. For more information read my earlier post, “Republican Establishment Bails Out Big Business in $85 Billion Tax Break Bill.”

Efforts to raise the gasoline tax clearly illustrate the dangers posed by DC-insiders where special interest groups are pulling the political strings of puppet lawmakers that dance to their tune.

When the political class joins business and labor special interests groups, we the people lose.