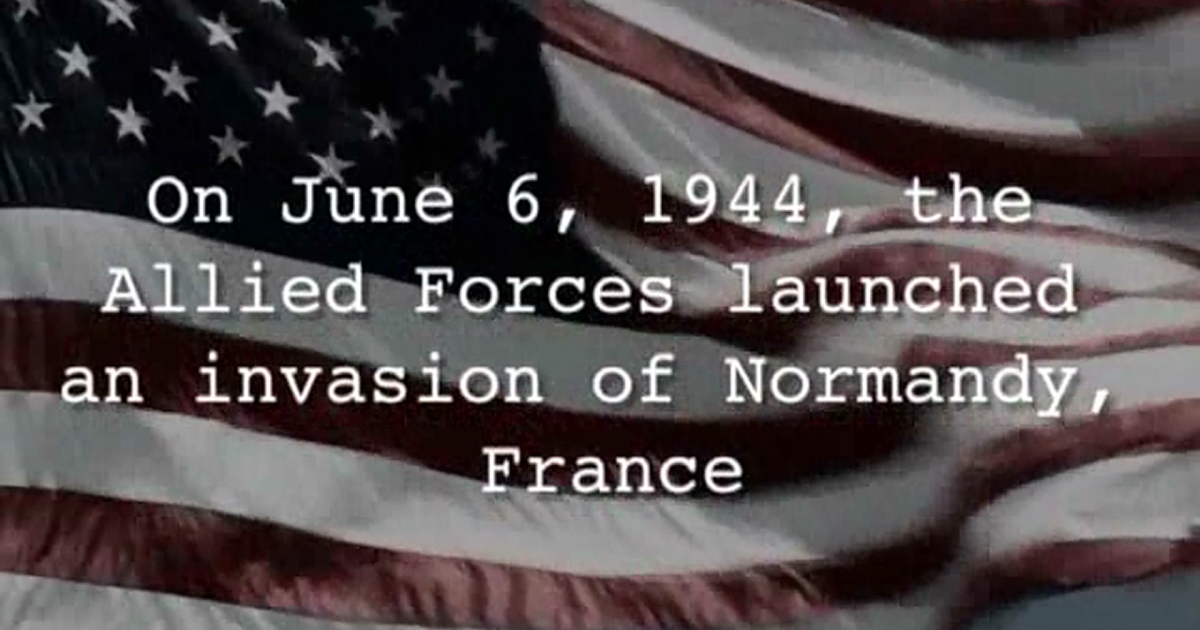 70 years ago today, over a hundred and fifty thousand brave and gallant young men landed on the beaches of Normandy, France with the noble goal of freeing Europe from tyranny.

To honor those brave souls, today we should pause and reflect on the sacrifices they made to keep us free.

Every generation has its generational markers. For those of the World War II era, December 7, 1941, stands supreme, but the events of June 6, 1944, rank a close second. Seventy years ago on that day, 156,000 Allied soldiers, supported by many more sailors, airmen and marines, embarked on the long-awaited invasion of occupied Europe. This was an Allied effort, but American fighting men bore the brunt of the combat and the resulting sacrifice.

For decades, the members of the World War II generation have remembered where they were that June morning when they heard the news that the Allies had landed in Europe. The road to victory, still to be hard, nevertheless now appeared assured.

In addition to paying respect to The Greatest Generation, we should also think about those who have served since WWII, especially those who paid the ultimate sacrifice.

I hope the 70th anniversary of D-Day provides motivation for those of us that did not serve in the military to recognize that freedom is not free and that each of us must play a role to defend liberty.