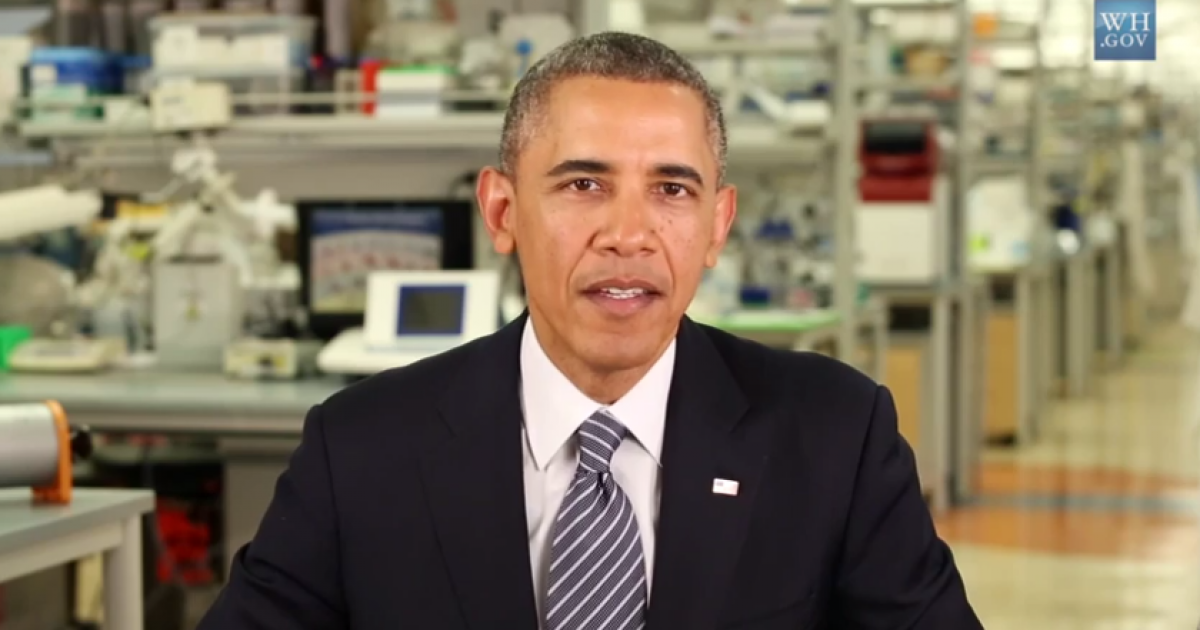 While the new rules to be announced June 2 are going to target carbon dioxide because of global warming fears, Obama’s address also included health concerns associated with emissions from burning fossil fuels such as coal that are already regulated by the EPA.

Although the rules are intended to help Washington meet international obligations to reduce U.S. greenhouse gas emissions blamed for global warming, the White House’s focus on human health benefits is part of a sales pitch to drum up support from the American public.

Obama recorded his address at a medical center in Washington, where children with asthma were treated.

“Often, these illnesses are aggravated by air pollution, pollution from the same sources that release carbon and contribute to climate change,” he said. “And for the sake of all our kids, we’ve got to do more to reduce it.”

Since “saving” the world from catastrophic global warming is not enough to rally voters to his side, Obama decided to bolster his argument for his greenhouse gas regulations by throwing in the kitchen sink of air pollutants to generate health fears.

Obama is interjecting the health concerns of children because the public is not overwhelmingly concerned about climate change.

Twenty-eight U.S. senators held an all-night “talkathon” Monday to call attention to climate change, an issue that only 24% of Americans say they worry about a great deal. This puts climate change, along with the quality of the environment, near the bottom of a list of 15 issues Americans rated in Gallup’s March 6-9 survey. The economy, federal spending, and healthcare dominate Americans’ worries.

While Obama was quick to use emotionally charged terms like childhood asthma, he failed to say that emissions of traditional air pollutants are down 59 percent since 1990 and down 67 percent since 1980.

Moreover, dealing the child health card distracts the public from the serious economic consequences of his climate change agenda, which will have the greatest adverse economic impact on minorities where high unemployment and lower average incomes are prevalent.

A study by Eugene M. Trisko for American Coalition for Clean Coal Electricity reviewed the disproportionate impact of higher energy costs on differing income groups from 2001 to 2011.

The study found that the amount of money spent on energy for half of American households that make less than $50,000 almost doubled rising from 12 percent in 2001 to 20 percent in 2011.

For example, in 2009, 67 percent of black households and 62 percent of Hispanic households had average incomes below $50,000 in contrast with only 46 percent of white households.[4]

Since minority households have lower incomes than white households, rising energy prices will take a larger share of their family’s disposable income leaving fewer dollars for housing, medicine and clothes.

Obama is clearly willing to generate fear and ignore economic harm in a desperate attempt to drive his radical energy policy down American’s throats.