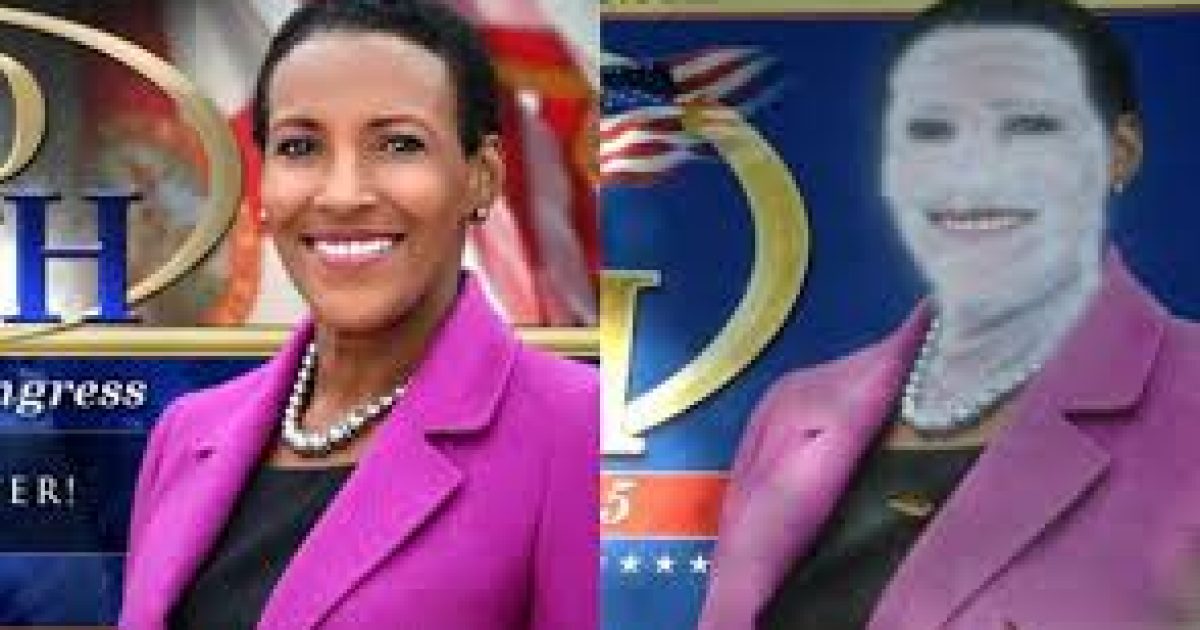 The political left frequently complains about the imaginary conservative war on women yet they conveniently ignore the real war waged against black female conservatives.

Florida Republican House of Representatives candidate Glo Smith is the latest victim subjected to intimidation tactics from the “tolerant” left.

Smith’s face, appearing on one of her campaign signs, was sprayed over with white paint last week. There are also reports that several of Smith’s campaign signs have been stolen.

…she became aware of the racist defacement of an eight-foot-by-four-foot sign Tuesday. The sign was situated on private property in view of Interstate 10 in Jacksonville. The vandal sprayed white paint over the face of Smith, who is African-American. The paint job appears to be carefully done and leaves the eyes untouched, creating a very creepy effect.

Although it has not been determined who the vandals are, this race-based attack is consistent with the black liberal assault on black conservative women.

As a high profile black conservative, I’m very familiar with this type of intimidation tactics. Because of my political views, I’m constantly attacked and criticized through social media with comments claiming “You want to be white” and “You should dye your hair blond.” I’ve also been called “Auntie Tom,” “Aunt Jemima” and numerous other names not appropriate for posting.

Black conservative females are attacked because we threaten the money and power of the black liberal establishment – community activists, politicians, media publications and some ministers – that propagate the victimization game.

The independence and self-sufficiency message of black conservatives dispels the lies from these individuals and groups because their constant message is about blacks being victims and requiring special treatment.

Not surprising, the so-called black leaders – Jesse Jackson, Al Sharpton, and the NAACP – have not come out to defend Smith. There have been no marches or demonstrations in the streets or grandstanding on this incident because in reality, the black liberal establishment’s outrage is only used to protect liberal causes – conservatives need not apply.