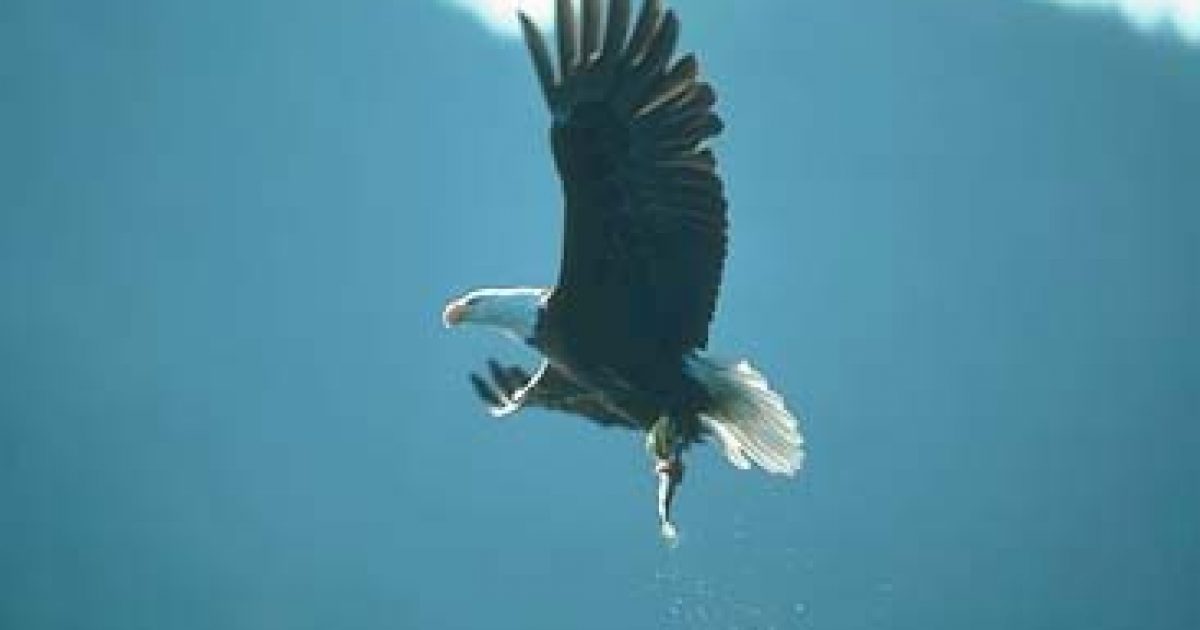 Despite the financial or environmental consequences, President Obama is determined to ram renewable energy down our throats.

And if the president’s plan includes killing eagles and upsetting environmental advocacy groups in the process, so be it.

It’s well documented that spinning wind turbines can cut down bats, birds and eagles. Killing these animals can result in penalties for breaking laws and the financial damages against the responsible companies could jeopardize the entire wind industry.

Following a 2013 guilty plea by Duke Energy Renewables, that cost the subsidiary of energy giant Duke Energy $1 million for killing birds in its Wyoming wind farms, the Interior Department finalized a rule that would allow wind companies to obtain eagle killing permits up to 30 years.

Just last week, a wind energy project was granted the first permit that gives it permission to kill eagles over a five year period.

The Associated Press reported on the permit issued by the Fish and Wildlife Service:

The Shiloh IV Wind Project LLC will receive a special permit allowing up to five golden eagles to be accidentally killed, harmed or disturbed over five years. Previously, such a violation could potentially draw criminal charges and discourage private investment in wind farms, which are known for catching birds in their rotors.

Fish and Wildlife Service Director Daniel Ashe said the permit encourages development of renewable energy while requiring the wind company to take steps to protect eagles from turbines and power lines. The move will help California reach its goal of producing one-third of its energy from renewable sources by 2020, he said.

Predictably, some environmental organizations are outraged over the decision to allow eagle killing up to 30 years.

“Instead of balancing the need for conservation and renewable energy, Interior wrote the wind industry a blank check,” said Audubon President and CEO David Yarnold. “It’s outrageous that the government is sanctioning the killing of America’s symbol, the Bald Eagle.

The Associated Press wrote about an environmental group that is suing to block the eagle killing rule:

A conservation group sued the Obama administration Thursday over a new federal rule that allows wind-energy companies to seek approval to kill or injure eagles for 30 years.

The American Bird Conservancy argues that the rule, which extended by 25 years the length of time companies may kill or injure eagles without fear of prosecution, is illegal because the U.S. Fish and Wildlife Service failed to evaluate the consequences and ensure it would not damage eagle populations. The Obama administration classified the rule as an administrative change, excluding it from a full environmental review.

“In the government’s rush to expand wind energy, shortcuts were taken in implementing this rule that should not have been allowed,” said Michael Hutchins, the national coordinator of the conservancy’s wind energy program.

It’s ironic that a few environmental advocacy organizations are now realizing Obama will ignore the law to meet his radical agenda and enrich his corporatist allies in the renewable energy business.