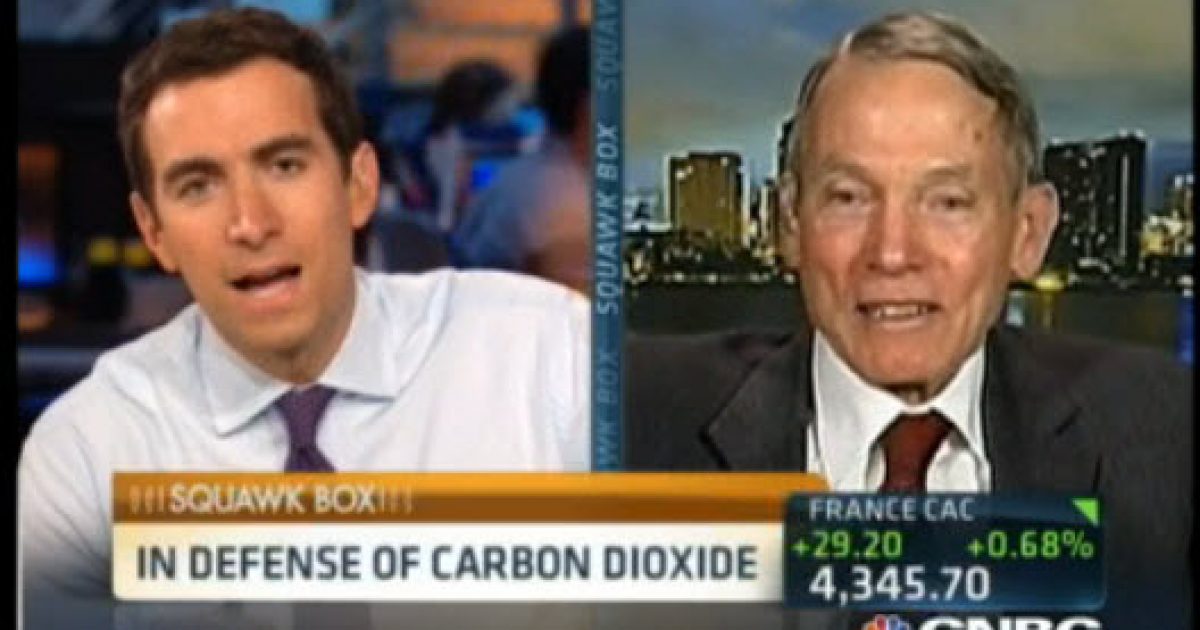 It’s rare to see a professor of physics get the better of a TV host but viewers of CNBC’s Squawk Box got a real treat.

First, Sorkin distorted Happer’s views of climate change and then he followed by attacking the professor’s integrity.

Happer was trying to clarify the difference between climate change, which is constant and naturally occurring, and man-induced climate change but Sorkin would not give him the time to explain his beliefs.

Not being satisfied with the manipulation of Happer’s views of climate change, Sorkin avoided any discussion of the science but chose to zero in on a past comment Happer made comparing the intolerance of those that attack man-made climate change skeptics to Nazis. Sorkin then proceeded to badger Happer over his funding sources including making an unverified accusation that Exxon-Mobil was financially supporting the professor.

Happer informed Sorkin, “I have not taken a dime from Exxon.”

Sorkin’s attack on Happer illustrates a classic left-wing tactic of attacking the messenger on everything but the substance of the argument. Happer made some very sound comments about climate change science but Sorkin had to defend the progressive view of climate change by attacking the man and not his arguments.

In addition to being a co-host of CNBC’s Squawk Box, Sorkin is a financial columnist for The New York Times.

Sorkin’s performance is an example of everything that’s wrong with today’s left-wing dominated media. Tragically, their goal is not to advance a fair discussion of issues in pursuit of the truth but to use their position to drive the progressive view of important topics such as climate change.

The good news is that the public does not believe the debate over climate change is over (see earlier post). As the science underpinning climate change alarmism falls apart progressive activists, like Sorkin who masquerade as journalists, will be exposed.