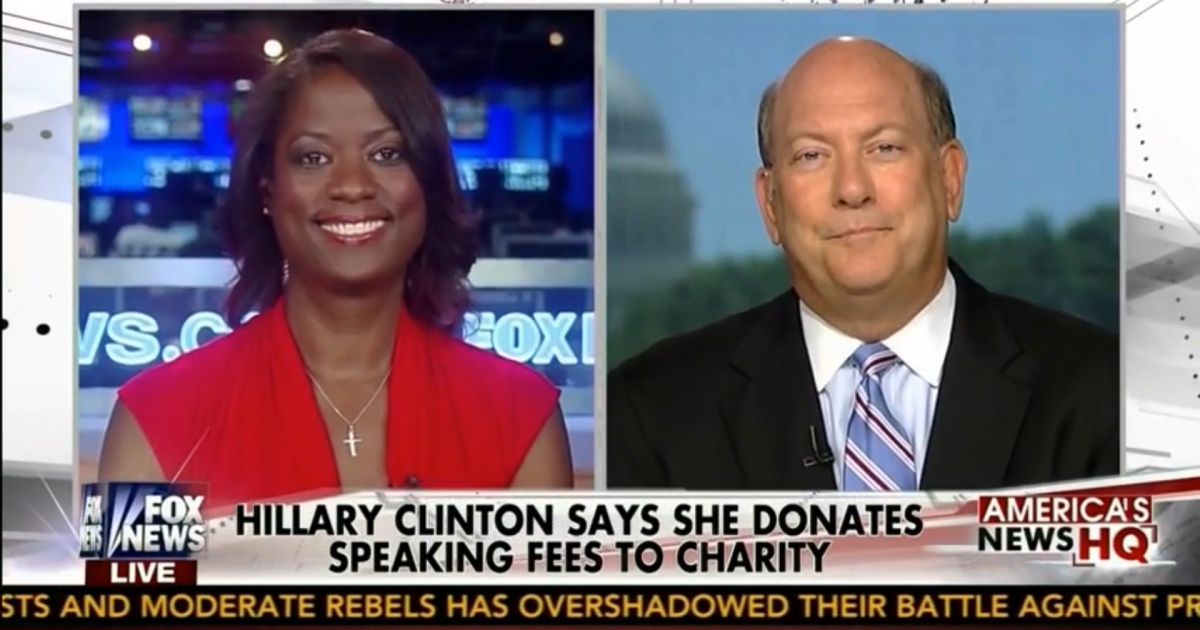 Hillary Clinton continues to generate media headlines as she back peddles from her comment about being “dead broke” after she and Bill left the White House.

In an attempt to end media focus on the Clinton’s wealth and the former first couple’s lavish speaking fees, Hillary decided to donate her fees to – of all things – the Clinton Foundation!

She explained her decision on ABC News:

“All of the fees have been donated to the Clinton Foundation for it to continue its life-changing and life-saving work,” she told ABC News. “So it goes from a foundation at a university to another foundation.

Giving money to the Clinton Foundation illustrates how self-centered and detached the Clinton’s are from reality.

I had the opportunity to debate this topic on Fox News’ America’s News HQ’s with host Julie Banderas.