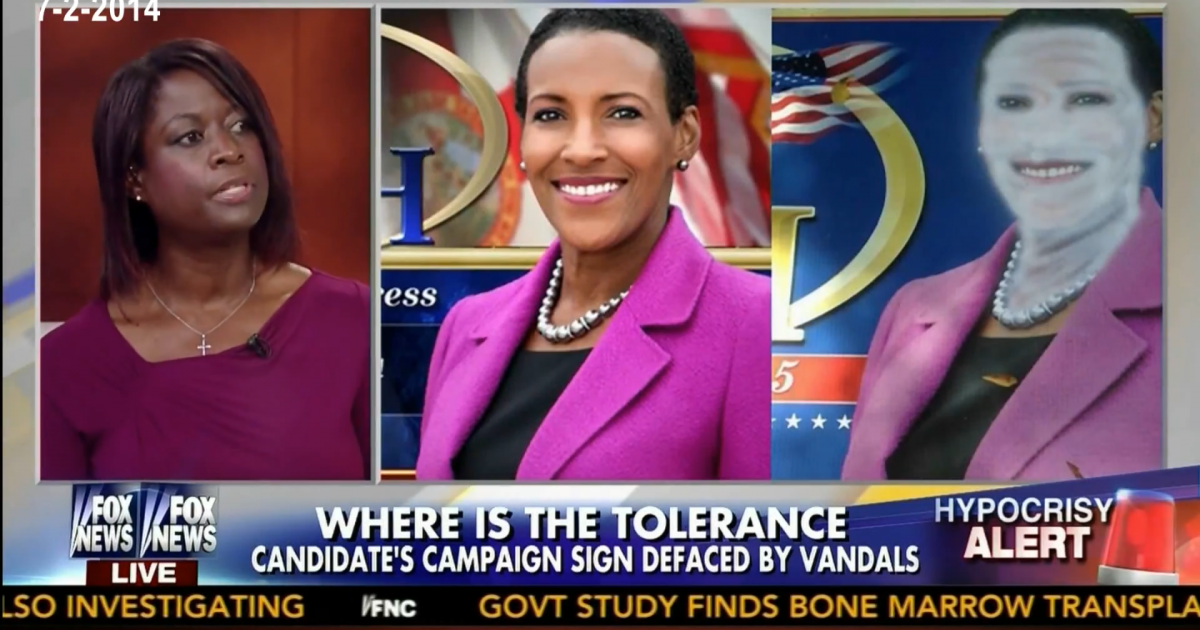 If you’ve been to an amusement park, no doubt you have seen a popular arcade game called Whack-A-Mole, where players use a toy mallet to “whack” the head of toy moles that randomly pop up and down.

In the political arena, liberal activists employ the same tactic which I call Whack-A-Black Conservative.

When black conservatives stand up and speak out about empowerment and smaller government, they are “whacked” by left-wing activists. The whacking includes derogatory comments such as “you’re acting white” and “you should dye your hair blond.” The aforementioned are just a few of the comments that have been directed at me.

The goal is to silence opposing views through intimidation.

I had the opportunity to discuss the attacks against Florida Republican House of Representatives candidate Glo Smith (see my earlier post), the latest victim subjected to intimidation tactics from the “tolerant” left, on Fox & Friends with hosts Steve Doocy, Elisabeth Hasselback and Peter Johnson, Jr.