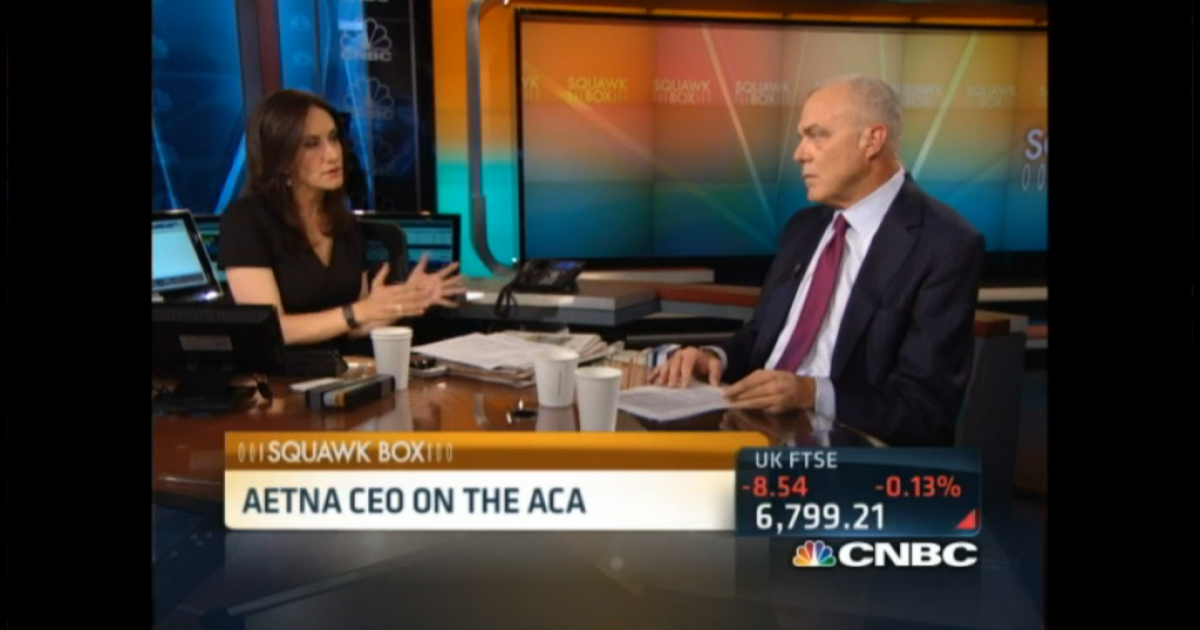 Bertolini said ObamaCare is too expensive saying that the program has more people covered with insurance, “but it’s really not an affordable product for a lot of people.”

He added to get more people covered requires “a more affordable system.” According to Bertolini, the best way to make insurance cheaper and drive down costs is by putting the consumer in charge of health care decisions.

“If we’re going to fix health care, we’ve got to get at the delivery of care and the cost of care,” Bertolini said in a “Squawk Box” interview. “The ACA does none of that. The only person who’s really going to drive that is the consumer and the decisions they make.”

Earlier in the program, Bertolini suggested that individuals that signed up with Aetna via ObamaCare were older, sicker and would likely use more services and as a result, the company would make less money on these customers.

“We have 600,000 … customers as a result of the Affordable Care Act,” Bertolini said. “We do know they are sicker. We know 87 percent are subsidized. We know they are older. So we expect they are going to use more health care.”

“We priced this [Obamacare] business at lower margins in the 3 percent to 5 percent range … but we didn’t plan or expect earnings as a result of those populations,” he explained.

It sure looks like the economic reality of ObamaCare on Aetna has the CEO speaking the truth.

It’s refreshing to hear honest and objective criticism of ObamaCare and common sense free-market solutions to health care from an insurance company CEO.