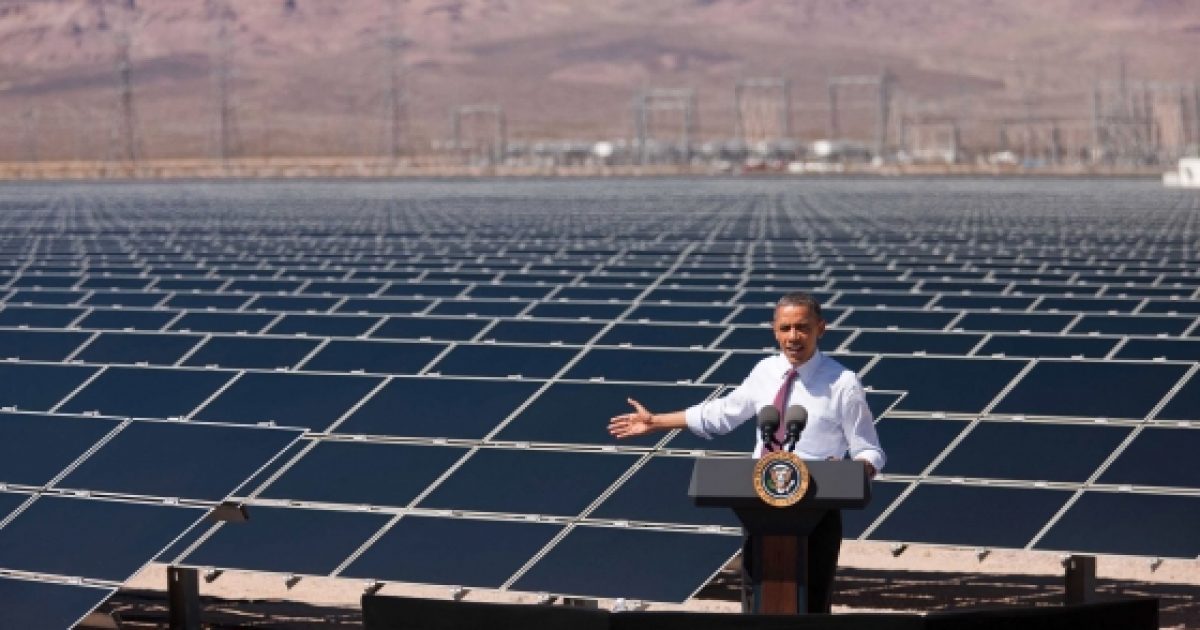 In yet another example of President Obama’s failed command and control energy policy, a Department of Energy backed solar plant is killing thousands of birds.

Located in the Mojave Desert on the California and Nevada border, BrightSource’s Ivanpah facility uses over 300,000 mirrors to heat water in three 40 stories high boiler towers. The steam produced by the reflected sunlight spins turbines that produce electricity.

Unfortunately, birds looking to feed on insects that are attracted to the facility’s light literally get fried by the intense heat of concentrated sun rays. Think of this like a scaled up version of a magnifying glass used to burn ants.

Workers at a state-of-the-art solar plant in the Mojave Desert have a name for birds that fly through the plant’s concentrated sun rays — “streamers,” for the smoke plume that comes from birds that ignite in midair

Federal wildlife investigators who visited the BrightSource Energy plant last year and watched as birds burned and fell, reporting an average of one “streamer” every two minutes, are urging California officials to halt the operator’s application to build a still-bigger version.

The investigators want the halt until the full extent of the deaths can be assessed. Estimates per year now range from a low of about a thousand by BrightSource to 28,000 by an expert for the Center for Biological Diversity environmental group.

The $2.2 billion BrightSouce solar plant is backed by a Department of Energy $1.6 billion loan guarantee.

Using taxpayer money to back a renewable energy project that kills thousands of birds, priceless.