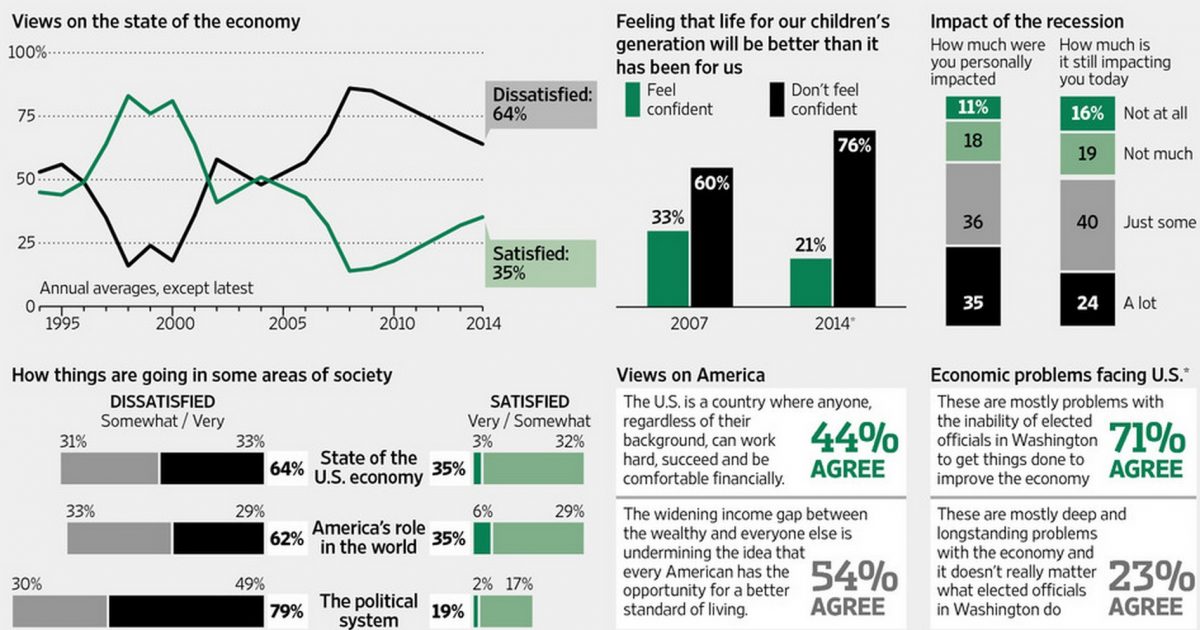 According to an NBC News/Wall Street Journal poll, President Obama’s approval rating just hit a new low. The poll was conducted between July 30 and August 3.

The Hill.com reported on the new poll:

President Obama’s job approval hit a new low of 40 percent in an NBC News/Wall Street Journal poll released Tuesday, as the public expressed widespread disappointment in the state of the country.

Fifty-four percent disapprove of his performance, with 6 percent unsure.

Obama received poor marks for both foreign policy and on the economy, a troubling sign for the president and Democrats with only three months before the midterm elections.

Respondents rated Obama’s handling of foreign policy even lower, with 36 percent approving, also an all-time low for the president. The figure is 2 points lower than his previous low in April.

In addition, the poll found an extreme dissatisfaction with federal elected officials with 79 percent expressing disapproval with our political system and 71 percent blaming Washington for not solving our economic challenges.

Another poll conducted by NBC News/Wall Street Journal/Marist July 28-31 found most voters want Republicans to control both the House and the Senate (see video above).

These results show Americans are rejecting President Obama’s fundamental transformation of our country.