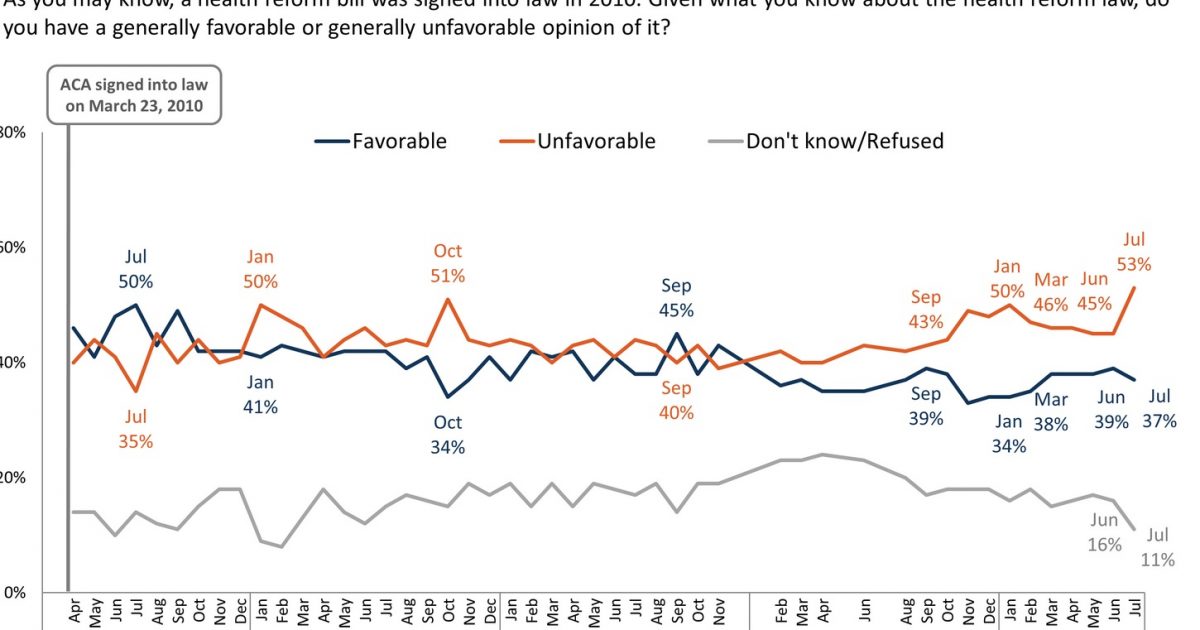 It’s becoming a horse race to see which is more unpopular President Obama or his health care plan.

At this point, it appears ObamaCare is winning the unpopularity race but it’s real close.

A recent NBC News/Wall Street Journal poll pegged Obama with a 40 percent approval rating but according to the Kaiser Health Tracking Poll for July, the president’s heath care plan had only 37 percent favorable rating with a significant 53 percent rating ObamaCare as unfavorable.

The 53 percent unfavorable rating for ObamaCare was the highest to date.

With health care premiums set to rise, expect both Obama and ObamaCare’s popularity to fall even further.

Florida is expected to see average premiums rise about 13 percent according to a story by the Orlando Sentinel.

Monthly premiums for the second year of Obamacare health insurance plans are expected to rise an average of 13 percent, Florida officials announced Monday.

The Florida Office of Insurance Regulation has completed its analysis of recently submitted health insurance plans from 19 companies in Florida, and also estimated the 2015 federal subsidies that such families could expect.

The story estimated that even with subsidies, out-of-pocket expenses could exceed $500 per month.

Feedback on the cost of ObamaCare from health insurance CEOs suggests costs will continue to rise. Cigna CEO David M. Cordani described his company’s enrollment makeup as “not a sustainable model” because the medical expenses exceeded the premiums.

As costs continue to rise Americans will be reminded of Obama’s lie about the affordability of ObamaCare driving the popularity of the president and his law lower.