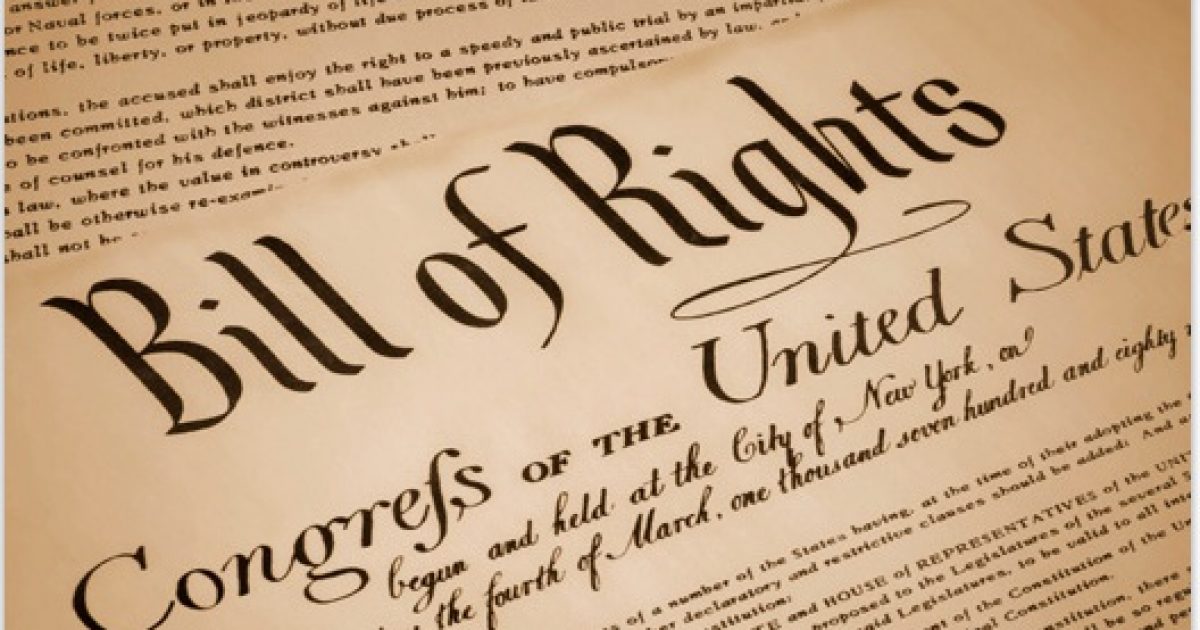 Slowly making its way through the Senate without too much notice is a joint resolution (S.J.Res. 19), sponsored by Tom Udall and enjoying the vocal support of Senate Majority Leader Harry Reid, that would rewrite the founding document of our country in ways never before imagined.

The bill is short, only one page, but the few words printed there are devastating. Udall’s resolution proposes an amendment to the U.S. Constitution that would give Congress the authority to regulate political speech, in direct contradiction to the First Amendment.

Despite the fact that Supreme Court has repeatedly ruled that spending on political campaigns is classified as protected speech, Democrats in Congress continue to regard money in politics as a great threat to our Democracy—at least when it comes from individuals and non-profit groups rather than labor unions and lobbyists.

Still, this bill goes farther than previous efforts to restrict spending, in that it does not target only direct campaign contributions. Section 1 of the resolution authorizes Congress to place limits on “the amount of funds that may be spent by, in support of, or in opposition to” political candidates.

The phrases “in support of” or “in opposition to” are incredibly broad, however, and can be taken to mean almost anything. It is entirely conceivable that books and movies discussing candidates and their positions could fall under this statute. It is chilling, and entirely contrary to the American ethos, that government could be able to censor books and films containing political content.

In an apparent attempt to mitigate criticism of the bill’s language, Section 3 specifies, “Nothing in this article shall be construed to grant Congress the power to abridge the freedom of the press.” The obvious question here is: what constitutes “the press”?

In the context of the First Amendment, this disclaimer is unacceptably narrow, especially since the vast majority of traditional journalists are registered Democrats. It is clear that the proposed amendment is nothing more than an attempt to disproportionately silence conservative speech.

Additionally, the very necessity of including such an exception shows how broad the amendment’s powers would be. Exempting the press means that everything other than the press is fair game.

Fortunately, the framers of the Constitution were sufficiently wise to anticipate these sorts of problems, and thus required an extremely rigorous consensus for the amendment process. Proposed amendments much obtain a two-thirds majority vote in both chambers of Congress, followed by a three-quarters majority of state legislatures.

This requirement means that there is exactly zero chance of Udall’s bill ever becoming law. It is a symbolic act only, and there is no need for free speech advocates to panic—at least not yet.

Still, the fact that such an amendment would even be proposed, much less be able to garner support from 48 Senate cosponsors (46 Democrats and 2 independents) is extremely troubling.

The following Senators have signed on as cosponsors to the resolution, and the phone numbers of their offices:

VIDEO: Sen. Ted Cruz Completely Unloads On AG Merrick Garland, Takes Him To The Woodshed On Why He Dodged Critical Question
Ken Blackwell

BREAKING: Massive WALMART Recall That Can KILL YOU Leads To Nationwide Panic- If You Have ANY Of These SIX Items DO NOT THROW IT AWAY- You Need To Do THIS NOW!
AFF