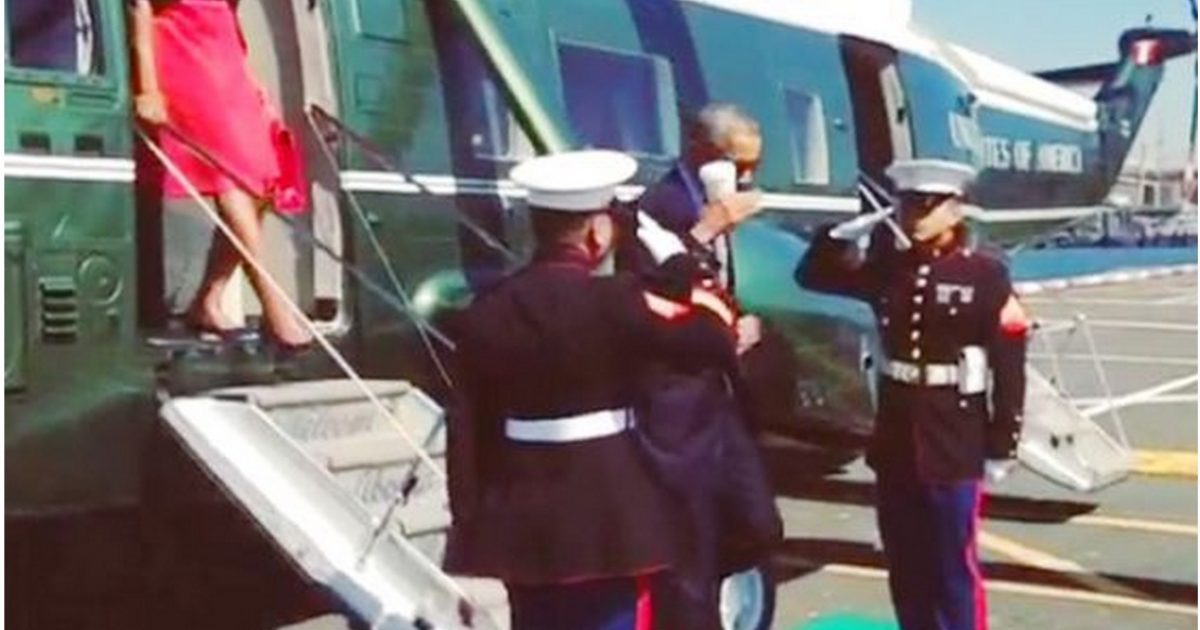 Symbolism is important when you are the President of the United States. What you say, how you say it and how you present yourself is critically important. In reality, actions carry more meaning than words.

President Obama already has a reputation of not respecting the military and his actions today, where he saluted marines with a disposable coffee cup in hand, will only add to that perception.

Obama could have easily shifted the coffee cup to his left hand and given the proper salute with his right hand. But that’s not Obama. He is too cool for protocol.

Let’s not forget Obama’s golf game immediately following his statement regarding the beheading of American journalist James Foley by ISIS terrorists. With Obama, it’s all about him.

Maybe his sinking poll numbers will shake his unyielding arrogance but in reality I doubt it.