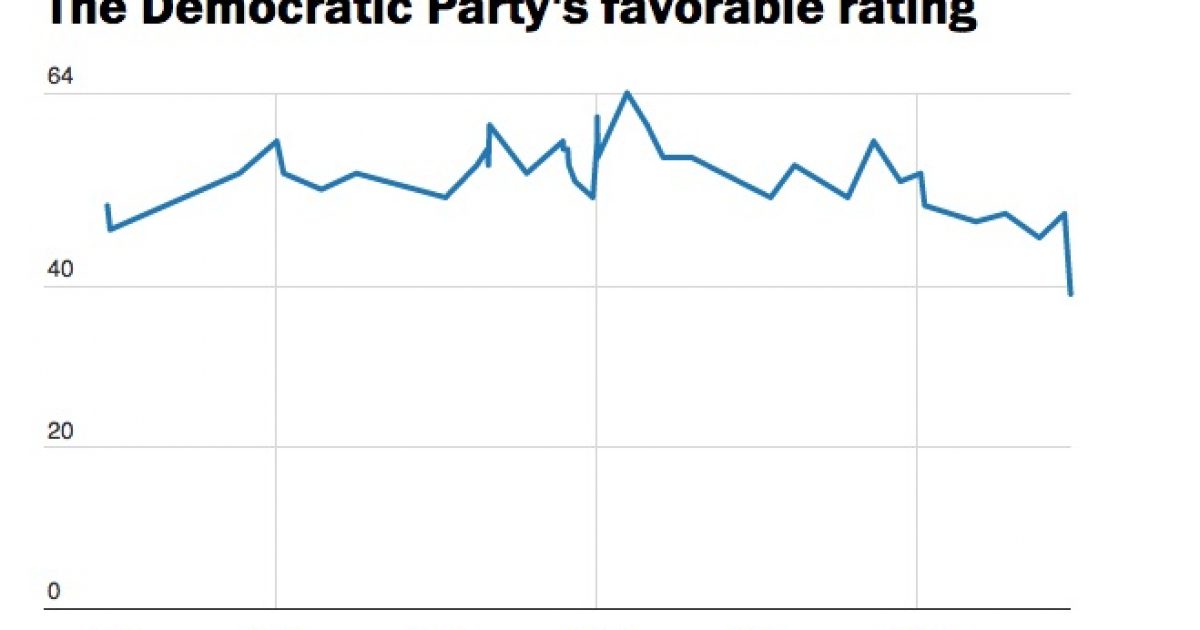 In a stunning shift, a recent Washington Post and ABC News polls found the approval for the Democrat Party fell 10 points since August.

According to the poll, Democrat Party favorability is 39 percent – the lowest point in the last 30 years.

The last time the Washington Post and ABC polled the Democratic Party, in August, 49 percent had a positive image of the party. Since then, its image his declined by 17 points among African Americans (from 82 percent favorable to 65 percent) and by 13 points among women (from 54 percent to 41 percent). As it happens, these are two of the most valuable Democratic-leaning constituencies that the party hopes will vote in high numbers in the Nov. 4 midterms.

The six point difference in popularity between the parties is smaller than in previous years.

If the drop in popularity for Democrats translates into low liberal voter turnout, Republicans stand to make significant election gains next week.

Writing for the Wall Street Journal, Gerald Sieb concludes the polling data suggests the turnout will look much more like 2010 than 2012.

This universe of likely voters is 78% white, 11% black and 7% Hispanic. By comparison, those who actually voted in 2012, as determined by exit polling, were 72% white, 13% black and 10% Hispanic. That decline in minority interest and relative rise in white interest, if borne out next Tuesday, is obviously bad news for Democrats.

Finally, more conservatives are expected to vote this election than in 2012, 45 percent vs 35 percent.

Obama’s lies about ObamaCare, the IRS scandal, the lackluster economy and generally a government gone wild under his leadership is having a significant negative impact on the president and his party.

BREAKING EXCLUSIVE: Biden In PANIC MODE As Investigation Into Family PROFITING Off White House Launched- LOOK At What We Just Discovered!
AFF