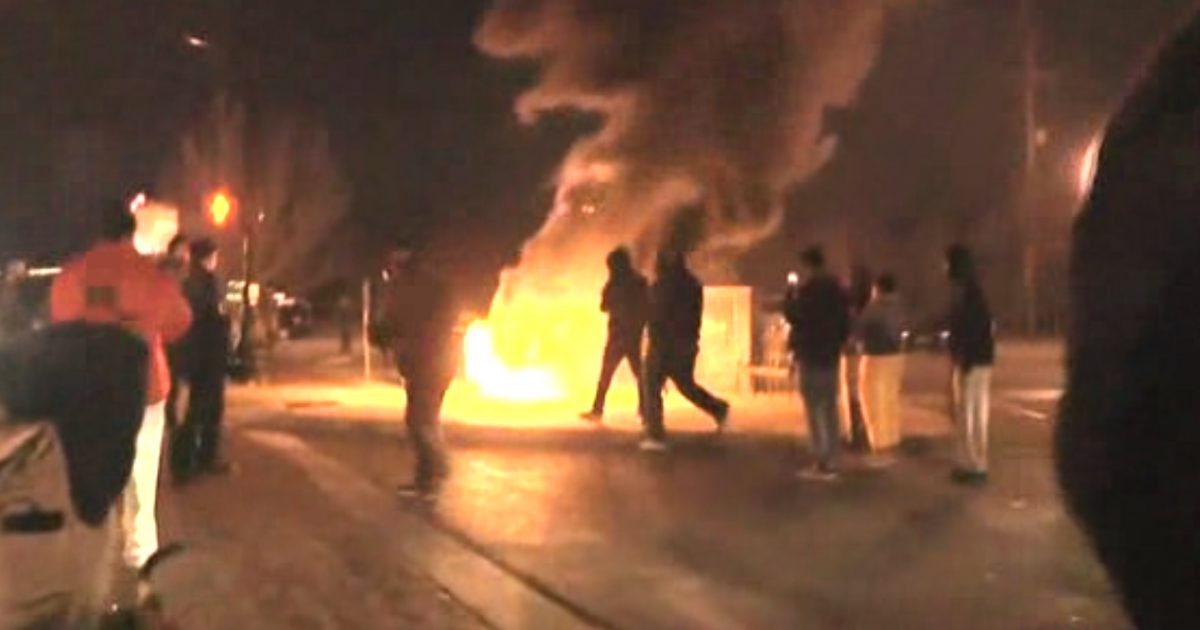 “We are a country of laws, and I fully accept the judicial process and the grand jury’s decision not to indict police officer Darren Wilson in the shooting death of Michael Brown. St. Louis County Prosecutor Bob McCulloch described the exhaustive review of the evidence the grand jury reviewed before making their decision,” commented Deneen Borelli, FreedomWorks Outreach Director.

“We don’t live in a perfect world and there is some work that needs to be done in the criminal justice system but real change comes from people uniting and peacefully participating in the process and not by inciting violence and destruction,” said Borelli.

Al Sharpton vows “the fight is not over yet” and criticizes the handling of the case by Prosecutor Bob McCulloch. “We said from the beginning, we said we had little or no confidence in this prosecutor and called for federal intervention.” Marcia Fudge (D-OH) the Chair of the Congressional Black Caucus called the decision, “… a miscarriage of justice” and “ a slap in the face to Americans…”.

Borelli added, “Race baiters like Al Sharpton and Marcia Fudge are using their influence to fan the flames of violence in Ferguson, and it needs to stop. I find the responses from Sharpton and Fudge as despicable as the actions of the rioters and looters.”

In regards to the grand jury’s decision in the Ferguson case, I pray the people will find it within their hearts to bring calm to the streets and respect the grand jury’s decision. Violence and the racial remarks made on all sides of the fence over social media are absolutely horrid. Black so-called leaders such as Al Sharpton should be urging calm, prayer, and letting the system do its job and stop promoting racial hatred, violence, and division.

Violence and racial hatred will not change anything for this young man’s family, the people of Ferguson, or the country as a whole. This, indeed, has been a very tragic event in our history, but if we do not get back to basics, restore peace and economic opportunity in the black community, and put a stop to the racial hatred on all sides, this country will slip further into chaos and destruction.

The crowd’s reaction in Ferguson, Missouri is tragic. Unfortunately, following the grand jury’s decision, the mob mentality prevailed and the saddest part about all of this is that media forecasters actually anticipated and expected black folks to riot and burn down their own neighborhoods. Is that what our community has become – angry people that can’t think rationally or control themselves? Following the grand jury’s decision, the drumbeat of hate goes on. This is not about justice, its about payback and revenge.

Watching the violence in Ferguson and the incidents of rock throwing and fights in other cities, I can’t help but think of the quote, “While Rome burns Nero fiddles,” especially in relation to President Obama and his leadership.

Many nationally known black community leaders and organizers such as Jesse Jackson are not calling for peace and constantly use inflammatory words of protests, unfairness, injustice. Jesse Jackson and Al Sharpton, in my opinion, should both be held accountable for anyone that sustains injuries during these riots. Jackson tweeted the following Monday night after the grand jury’s decision was announced, “The jury concluded that #DarrenWilson was justified in killing #MichaelBrown. I disagree. The POTUS must convene a WH conf on urban policy.” Nothing more at the time was tweeted by either Jackson, Sharpton, nor Antonio French who also has been someone that has inflamed the emotions of the citizens.

The violence in St. Louis and other cities did not erupt just because of Michael Brown. These senseless reactions are nurtured by organizations like the NAACP and Congressional Black Caucus Chair Marcia Fudge who said, “This decision seems to underscore an unwritten rule that Black lives hold no value; that you may kill Black men in this country without consequences or repercussions. This is a frightening narrative for every parent and guardian of Black and brown children, and another setback for race relations in America.”

These are not words that heal, but are words that further devalue the soul. I believe the better message to be delivered to American cities is that of empowerment and personal responsibility, like the conversation myself and colleague Deneen Borelli of FreedomWorks are currently dedicated to bringing across this nation.