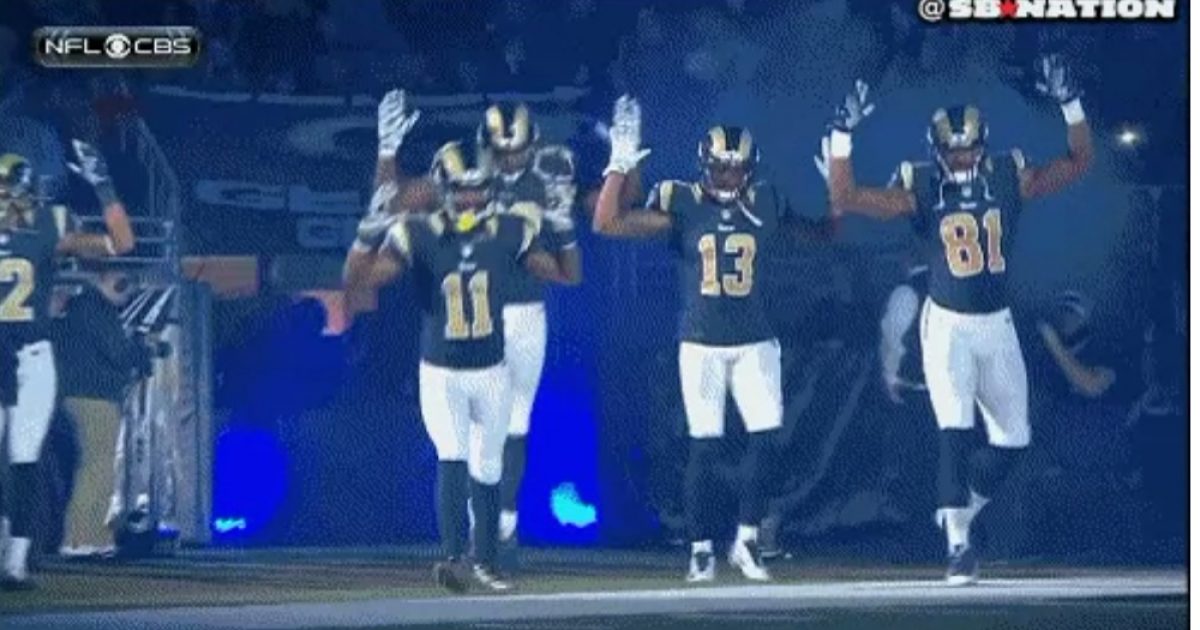 It’s been a bad year for the image of the National Football League (NFL) and the on field antics of a few St. Louis Rams football players is only going to add to the league’s problems.

Five Rams football players decided to make a public statement in support of Michael Brown by running on the field with their hands up.

Instead of promoting ways to help the local businesses that were looted and burned in Ferguson – a St. Louis suburb – these players decided to propagate the myth promoted by racial agitators Al Sharpton and Jesse Jackson that Brown was shot while trying to surrender with his hands up.

The actions of these players could conceivably fuel more unrest in the community and throughout the country.

Sadly, this on field stunt will pollute the minds of young fans about the truth of what happened in Ferguson.

NFL Commissioner Roger Goodell should fine these players but I doubt he has the courage to stand up to them for fear of alienating the black mob protesting the grand jury’s decision not to indict Officer Darren Wilson.

At this point the mob is routing the truth.