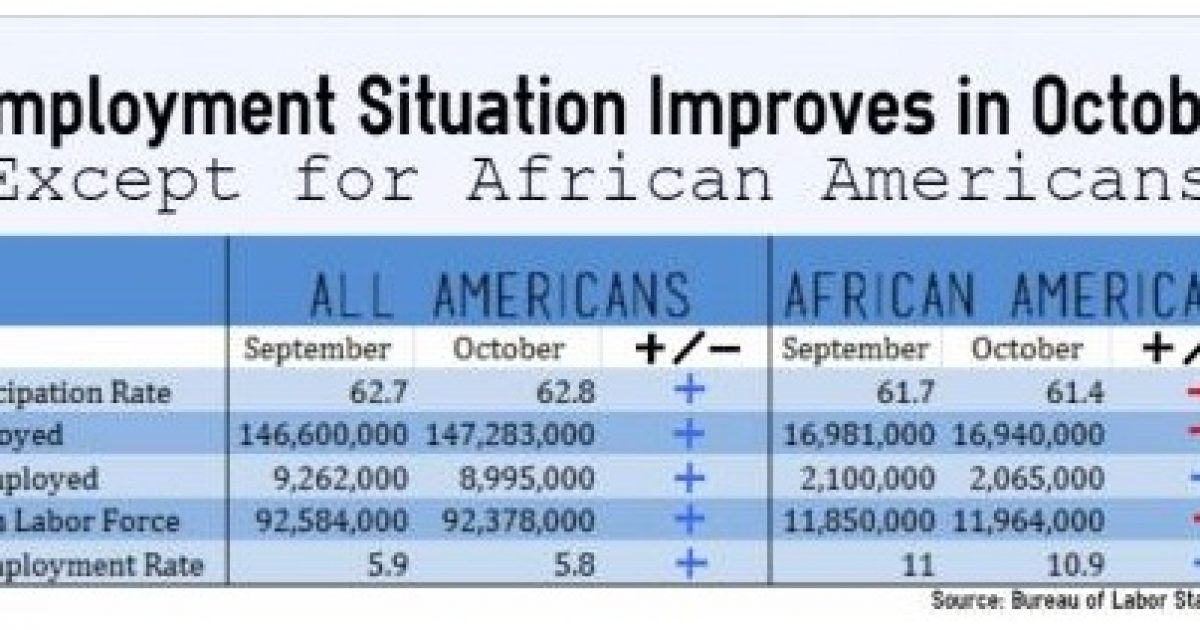 Given President Obama’s economic policy has left blacks behind, it’s not a surprise that black voters were not energized during the midterm elections.

According to the employment data for the month of October from the Bureau of Labor Statistics (BLS), black unemployment has gotten worse. In contrast, the employment picture improved for other Americans.

Similarly, the labor participation rate – the percentage of Americans who can work that are either employed or are actively looking for work, also showed a difference between blacks and other demographic groups. For blacks:

The labor participation rate for all Americans increased to 62.8 percent from 62.7 percent, adding 206,000 individuals working or actively looking for work.

As the latest job report illustrates, ironically, the first black president has done more harm than good to the black community.