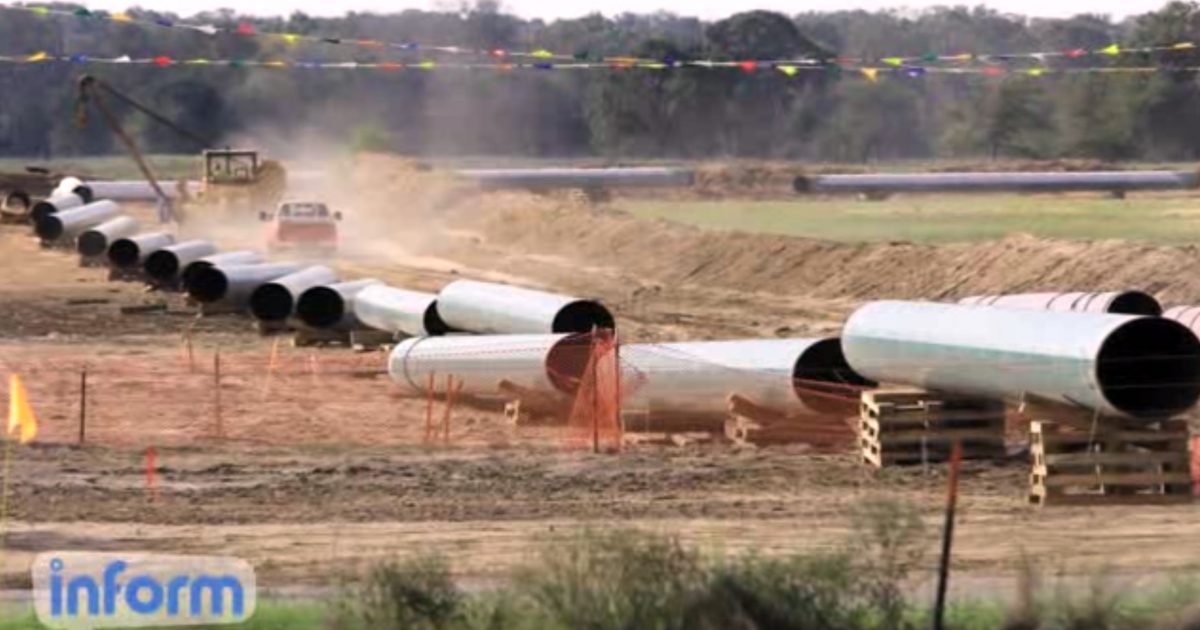 Obama emphasized the elections were about his policies saying, “Make no mistake, these policies are on the ballot, every single one of them.” Judging by the results his climate change agenda got trounced.

Obama’s refusal to approve the Keystone XL pipeline hurt the re-election prospects for three term Senator Mary Landrieu (D-LA). After failing to fight off two Republican challengers on November 4, Landrieu must face Representative Bill Cassidy in a runoff on December 6.

Most damaging to the Democrats, however, was voter push back against Obama’s war on coal.

Obama’s anti-coal policies have devastated the coal mining industry resulting in bankrupting two companies and thousands of job losses in the coal dependent states of Kentucky and West Virginia.

McConnell got significant support in the coal mining region of Kentucky. According to the Associated Press, McConnell received an eight-fold increase in votes from the eastern part of the state this election compared to 2008 — 64,000 vs 8,000, respectively.

While McConnell’s pro-coal vote was impressive, nothing compares to West Virginia where Obama’s war on coal is responsible for the fundamental transformation of the political makeup of West Virginia.

The transformation in West Virginia did not end with the historic election of Capito. Obama’s anti-coal policies also resulted in a GOP pick up of two seats in the House of Representatives and a change in the state government.

Not only did Capito trounce Tennant in the open seat vacated by retiring Democrat Jay Rockefeller, she became the first female Senator from the state and the first Republican Senator in half a century.

As a result, for the first time since 1922 the entire West Virginia delegation is Republican.

The gains in the state government were equally impressive. The state’s House of Delegates Democrats lost 19 seats and now it’s controlled by Republicans – 1933 was the last time that happened.

The West Virginia Senate is also now controlled by Republicans. After the loss of seven Democrat seats the Senate was tied at 17 each but after Daniel Hall switched parties the Republicans had a one seat advantage.

The Republican wave was so strong in West Virginia it was rumored that Democrat Joe Manchin was considering switching to the GOP but his spokesman denied that claim stating Manchin will remain a Democrat.

Democrats recognized they were in a fight in coal country but Obama’s climate change policy doomed their election bids.

Grimes and Tennant desperately tried their best to separate themselves from the president. Grimes said she supported coal and stubbornly refused to say if she voted for Obama and Tennant ran a pro-coal campaign ad that shut off electricity to the White House.

The union’s attempt to rescue Obama and the Senate candidates failed. In a shocking display of betrayal to its membership, the United Mine Workers Union supported both Grimes and Tennant against their Republican rivals.

Judging by the votes in coal counties it seems union workers tossed aside disinformation campaign waged by its leaders and decided to vote for their jobs and families.

It’s absolutely refreshing to see representative government in action. Coal country striking back at Obama is sending a strong political message to Democrats that a climate change agenda is a political loser.

Tom Borelli, Ph.D is a Senior Fellow with FreedomWorks and contributor with Conservative Review.

Originally posted at The Washington Times