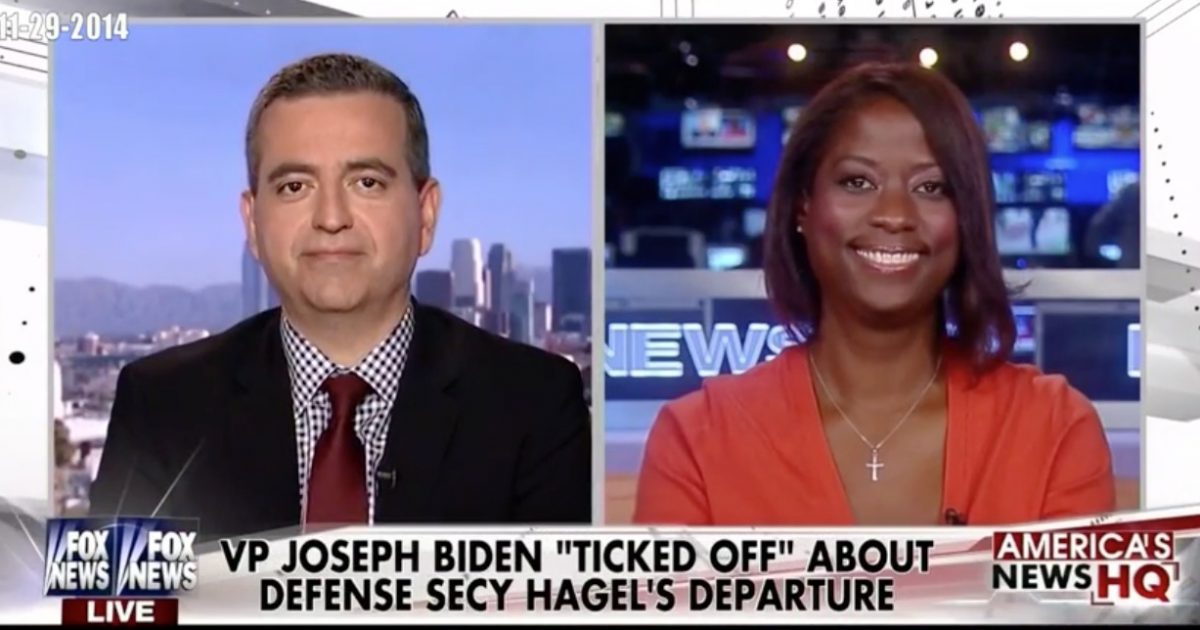 Following the significant defeat of Democrats in the midterm elections, a number of liberal politicians are starting to break from President Obama.

Vice President Joe Biden, for example, was upset over the way Obama forced out Secretary of Defense Chuck Hagel.

From the Washington Times:

The vice president let it be known last week that he was “ticked off” about the way the president forced out Defense Secretary Chuck Hagel, a longtime Senate colleague of Mr. Biden‘s. Mr. Hagel was pushed out in less than two years by a White House that is accused of micromanaging national security policy.

Few politicians want to be associated with a liar and political loser and Obama is no exception to that rule.

On Fox News’ America’s News Headquarters, I debated why Democrats are abandoning Obama with Chris Kofinis and co-host Julie Banderas.