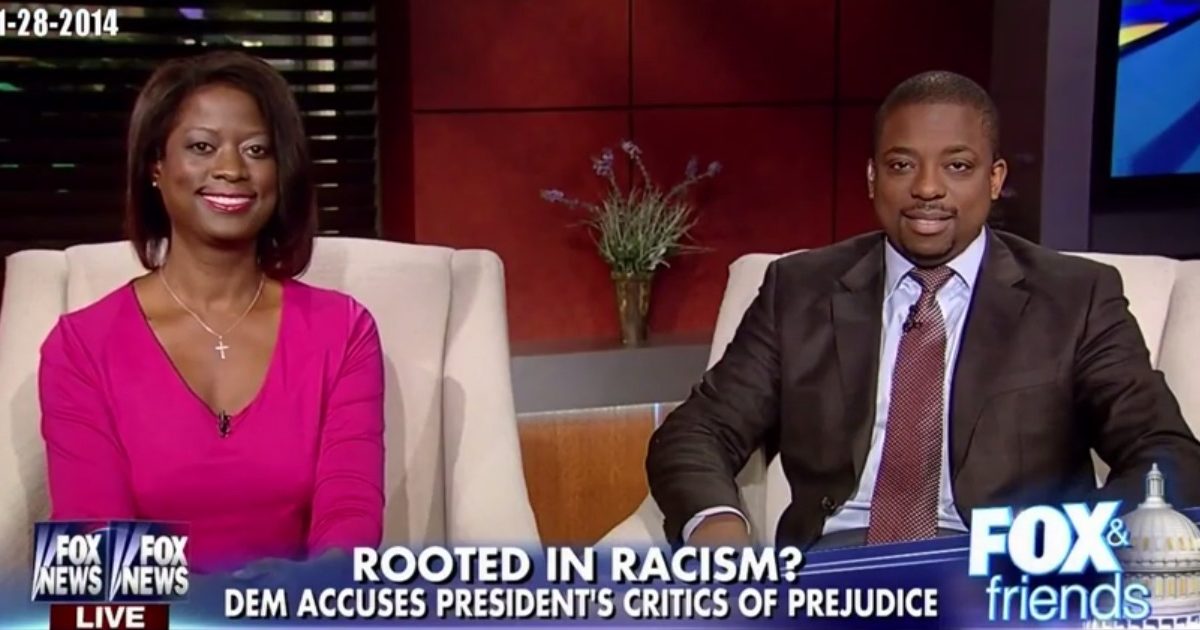 Progressives consistently use the race card to distract the public from the consequences of their failed policies.

Recently, Representative Bennie Thompson (D-MS) told the listeners of The Joe Madison Show that opposition to President Obama’s amnesty executive action was based on the president’s color.

“The president, by executive order, which everybody agrees — who has a real brain — that presidents since George Washington have had executive authority privilege to do certain things.”

“He’s not doing anything that the Bushes, the Reagans, the Clintons, and other presidents all the way back to Eisenhower, as it addressed immigration,” Thompson continued. “So but again, this is just a reaction in Bennie Thompson’s words to a person of color being in the White House.”

I had the opportunity to discuss this outrageous comment on Fox & Friends with Brian Benjamin and Fox News host Clayton Morris.